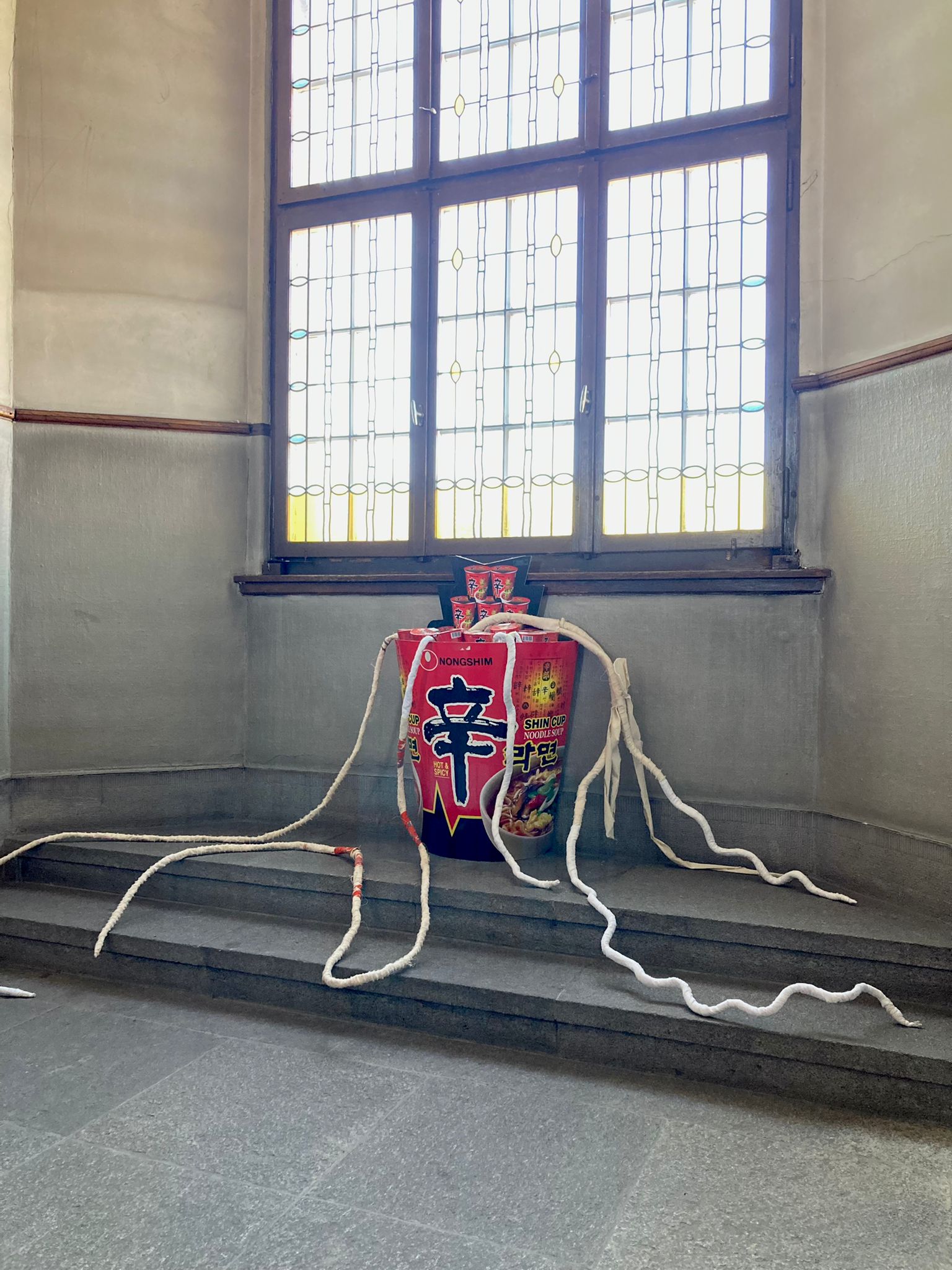 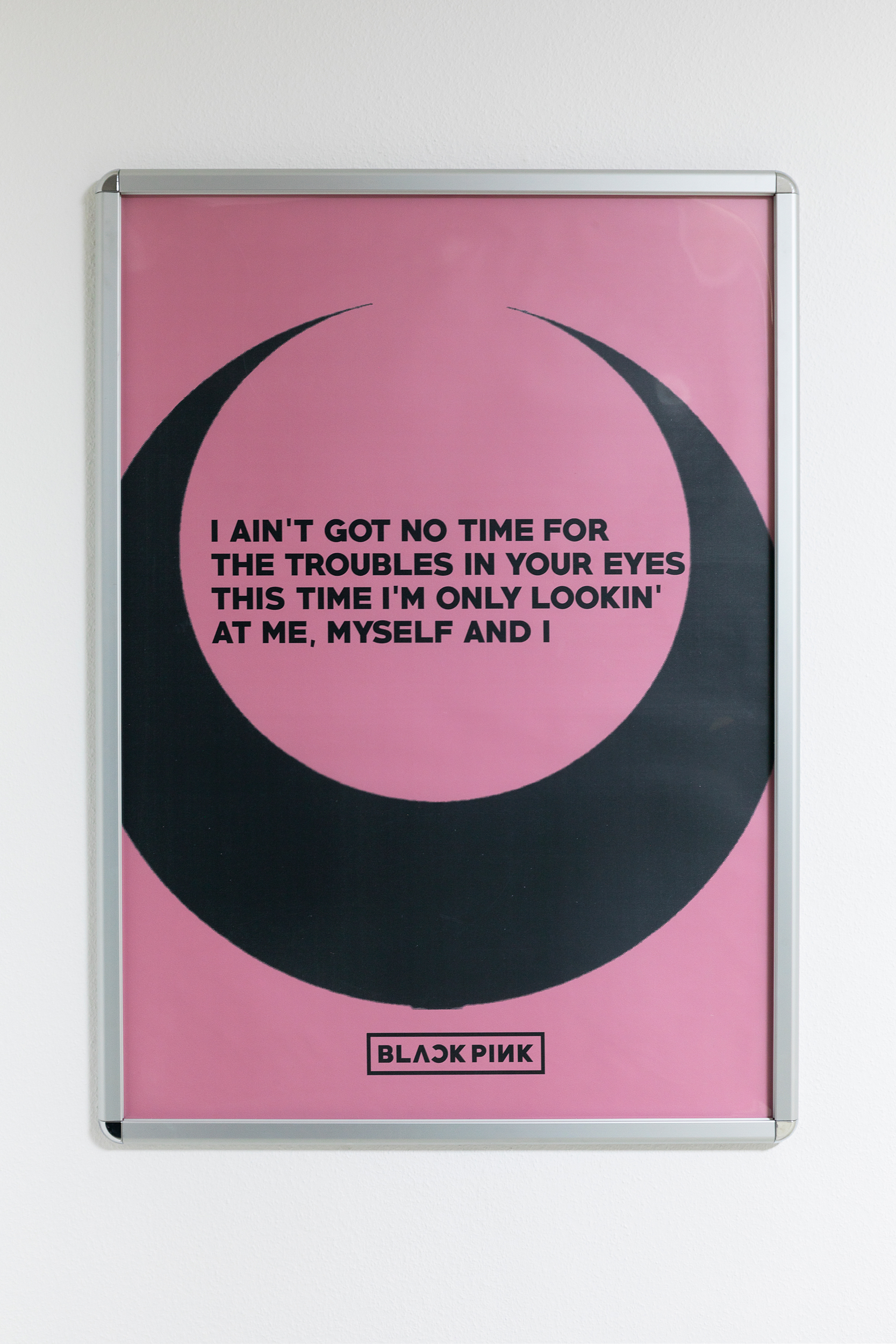 Got no time for the troubles in your eyes
2022 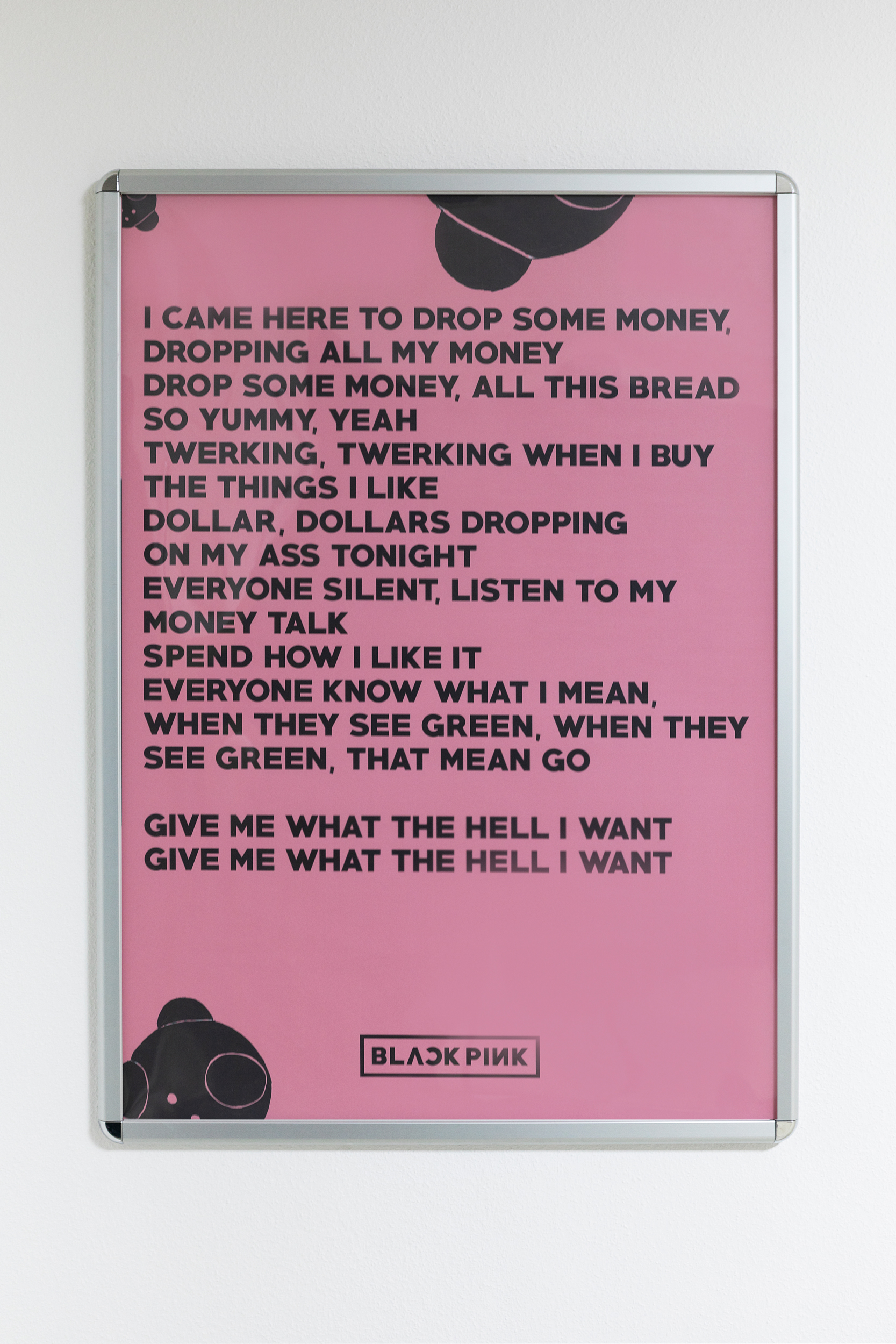 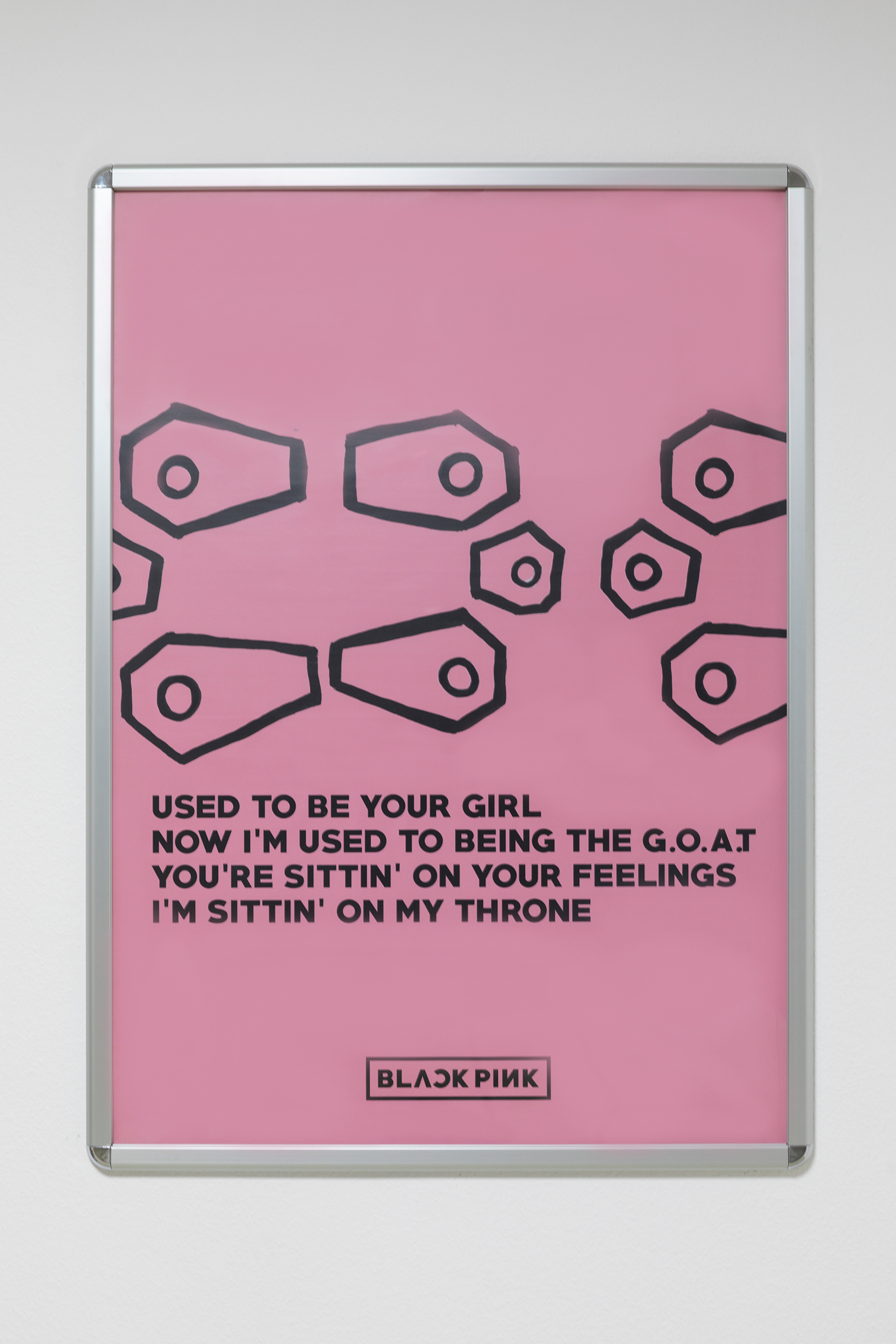 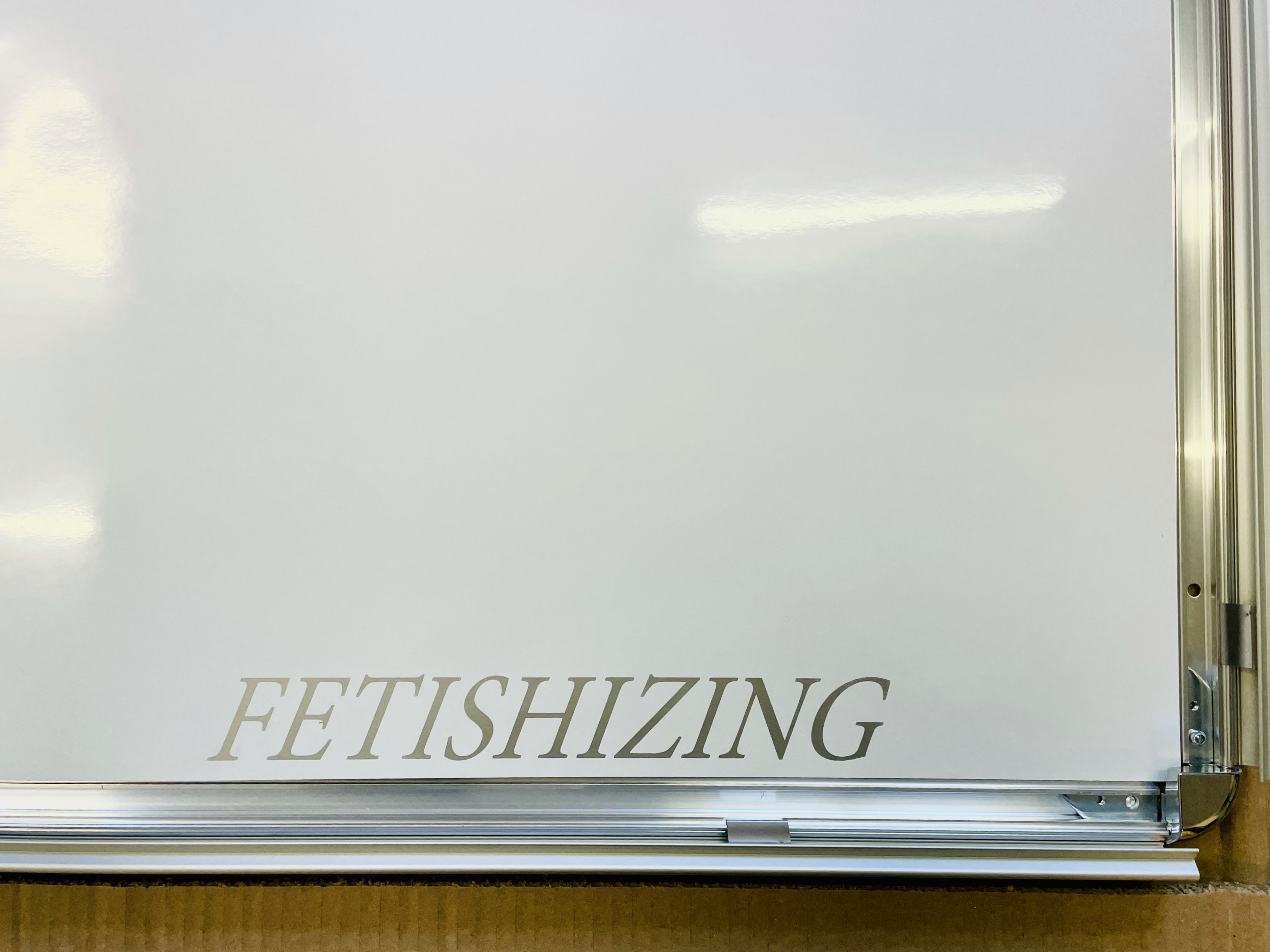 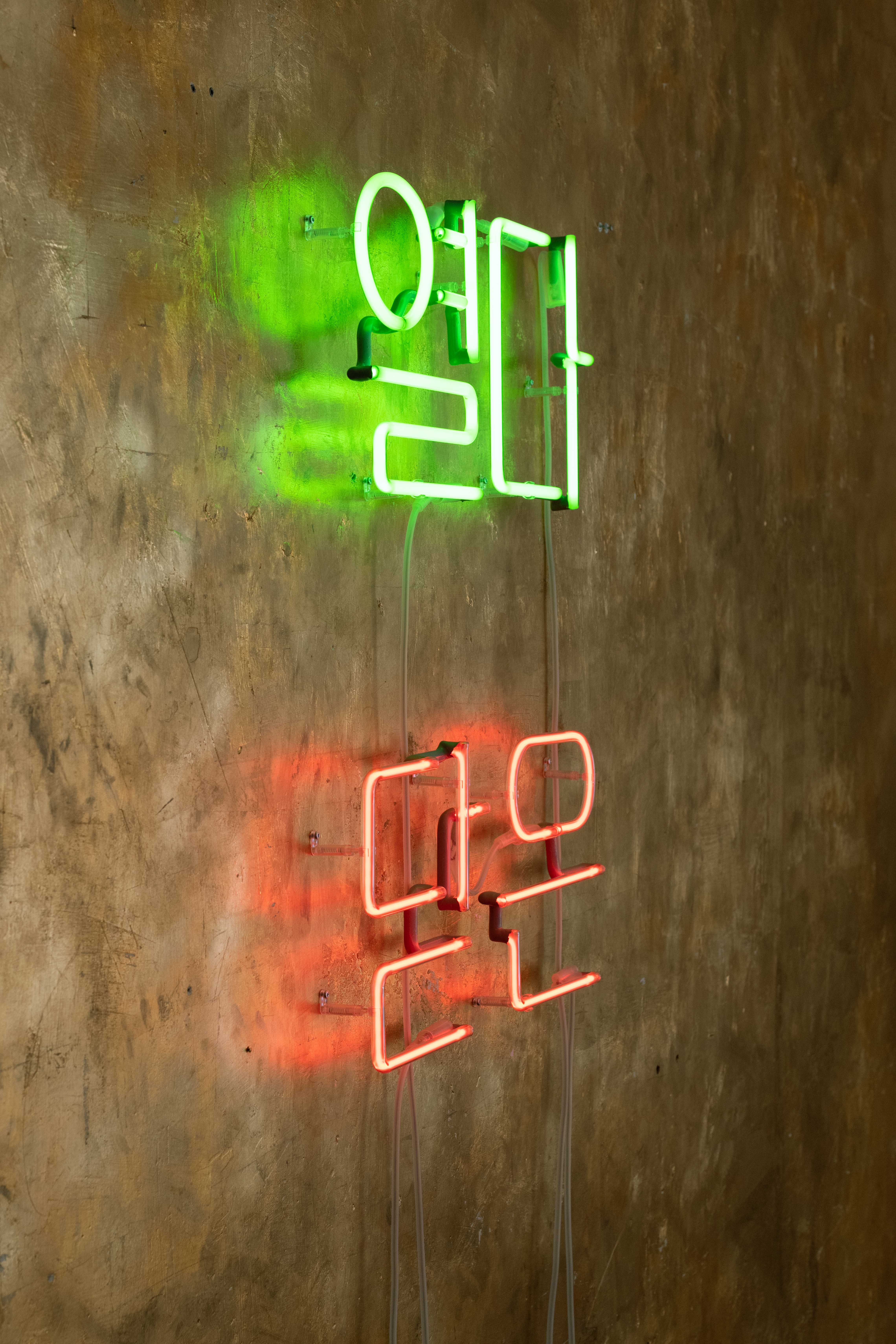 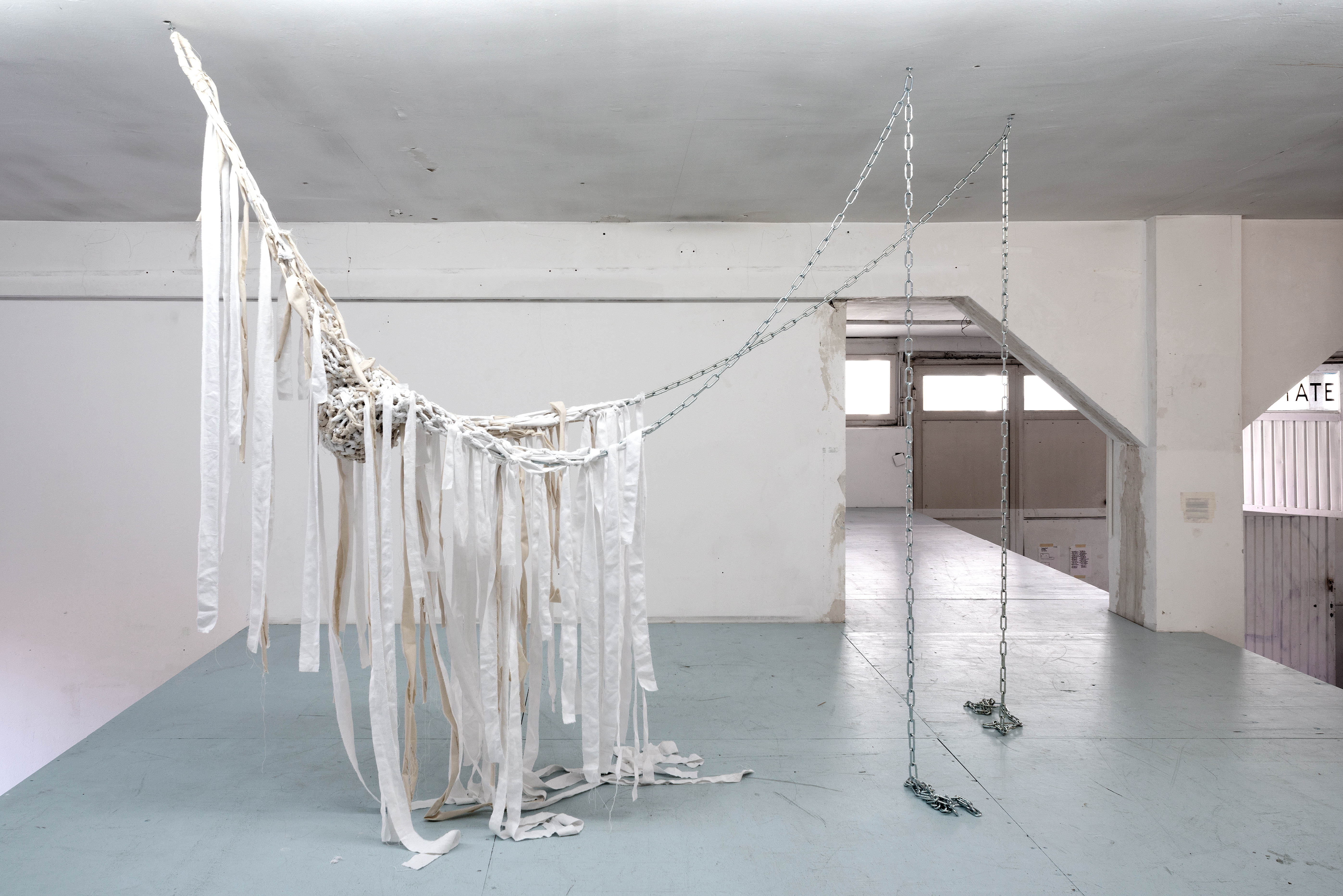 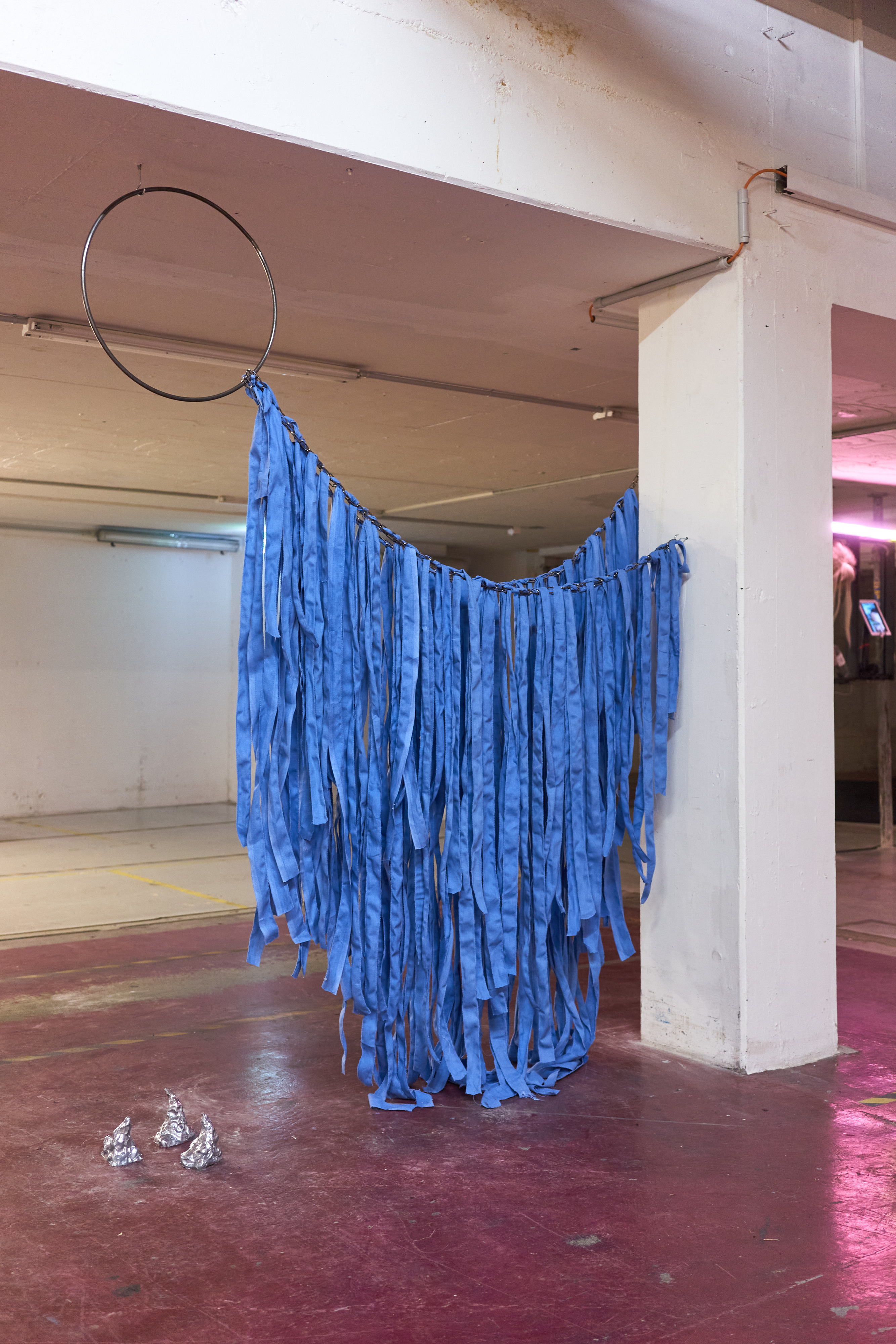 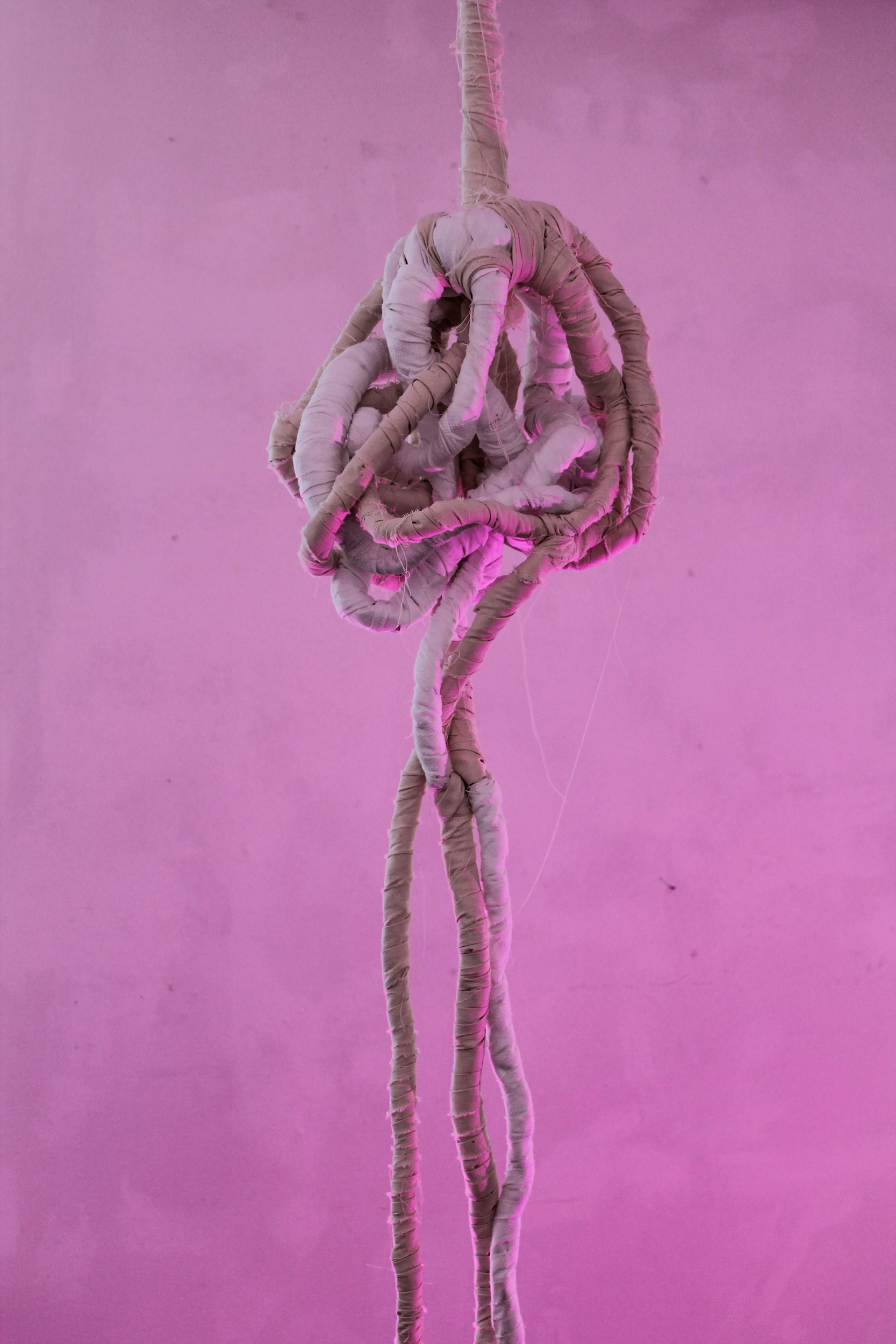 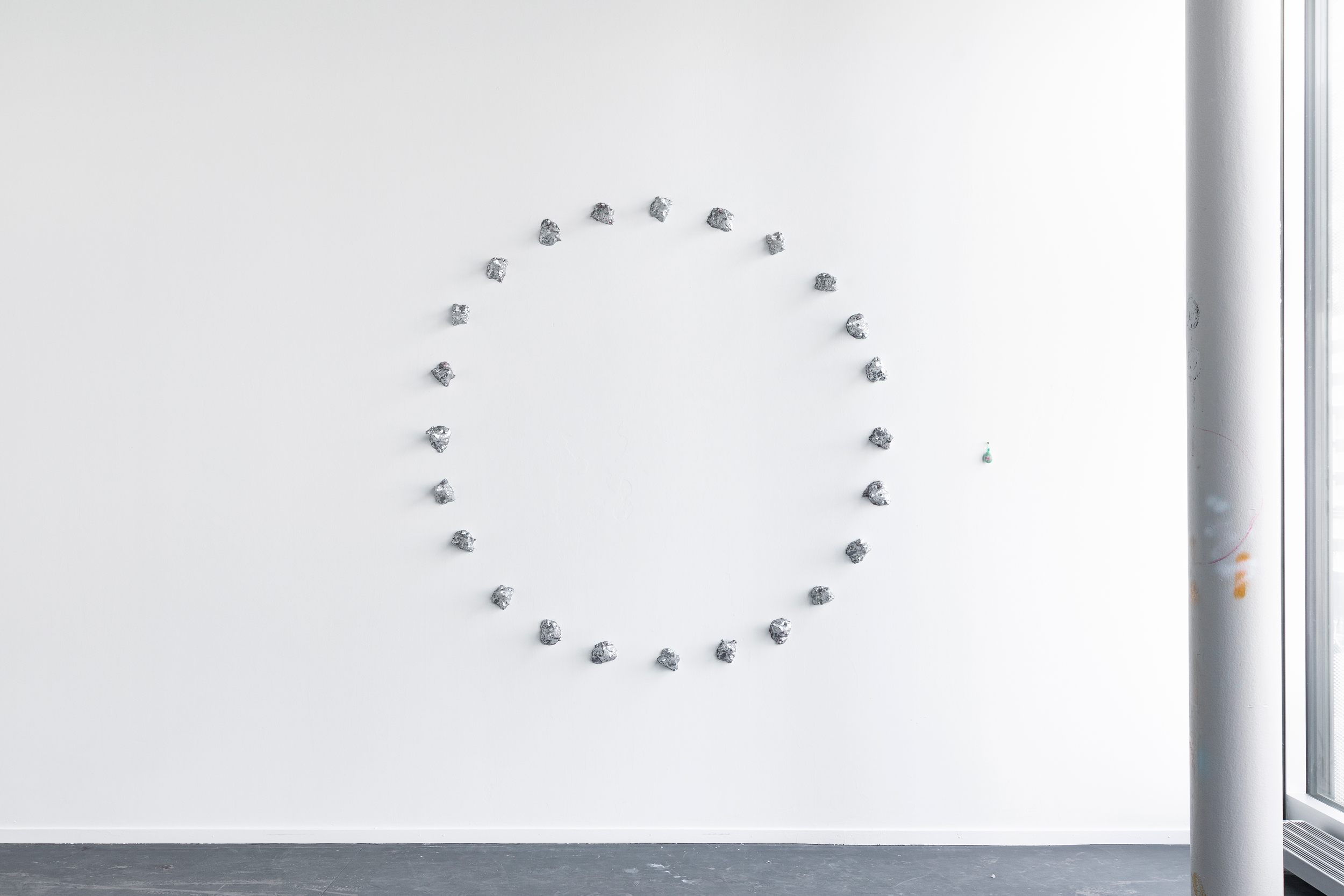 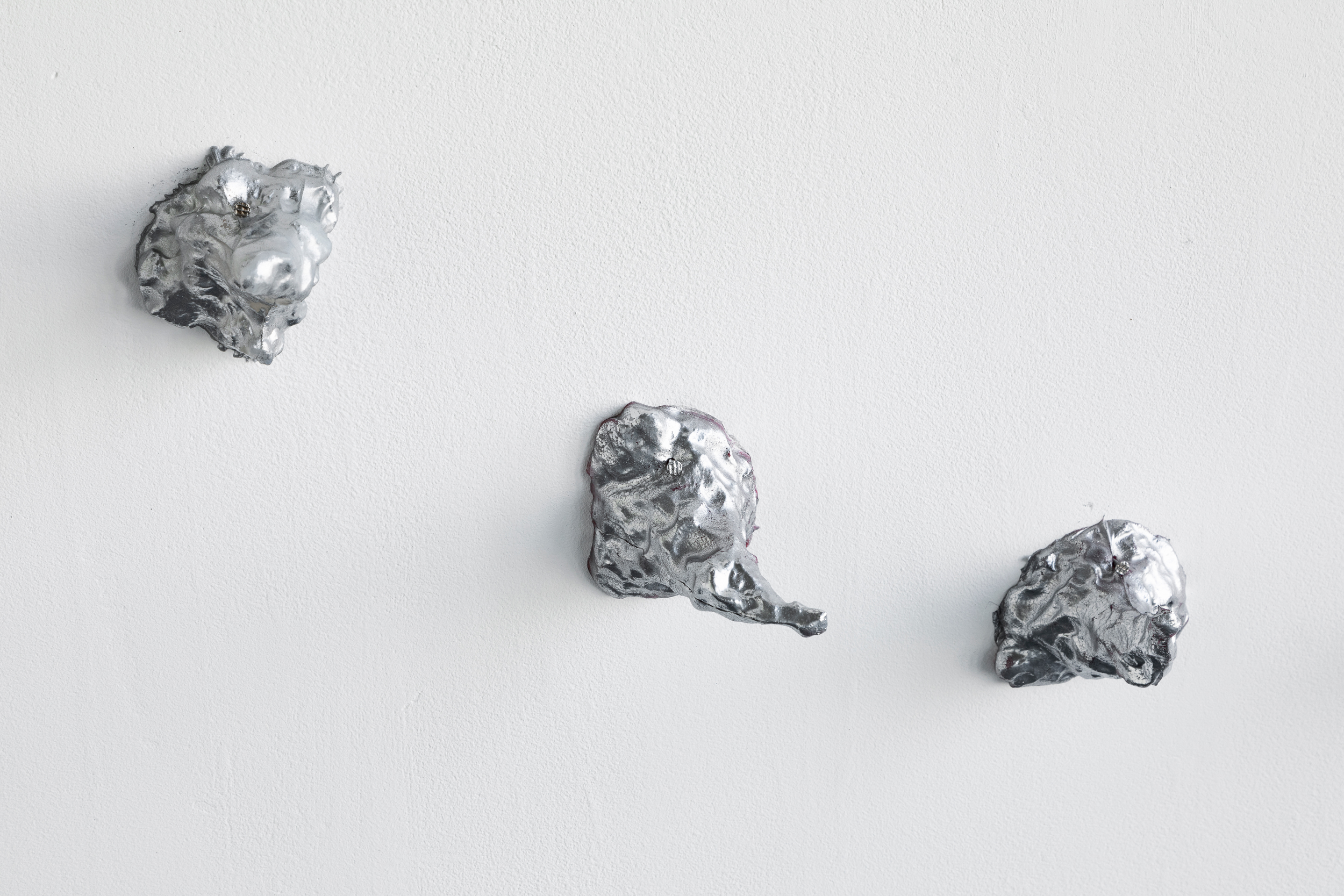 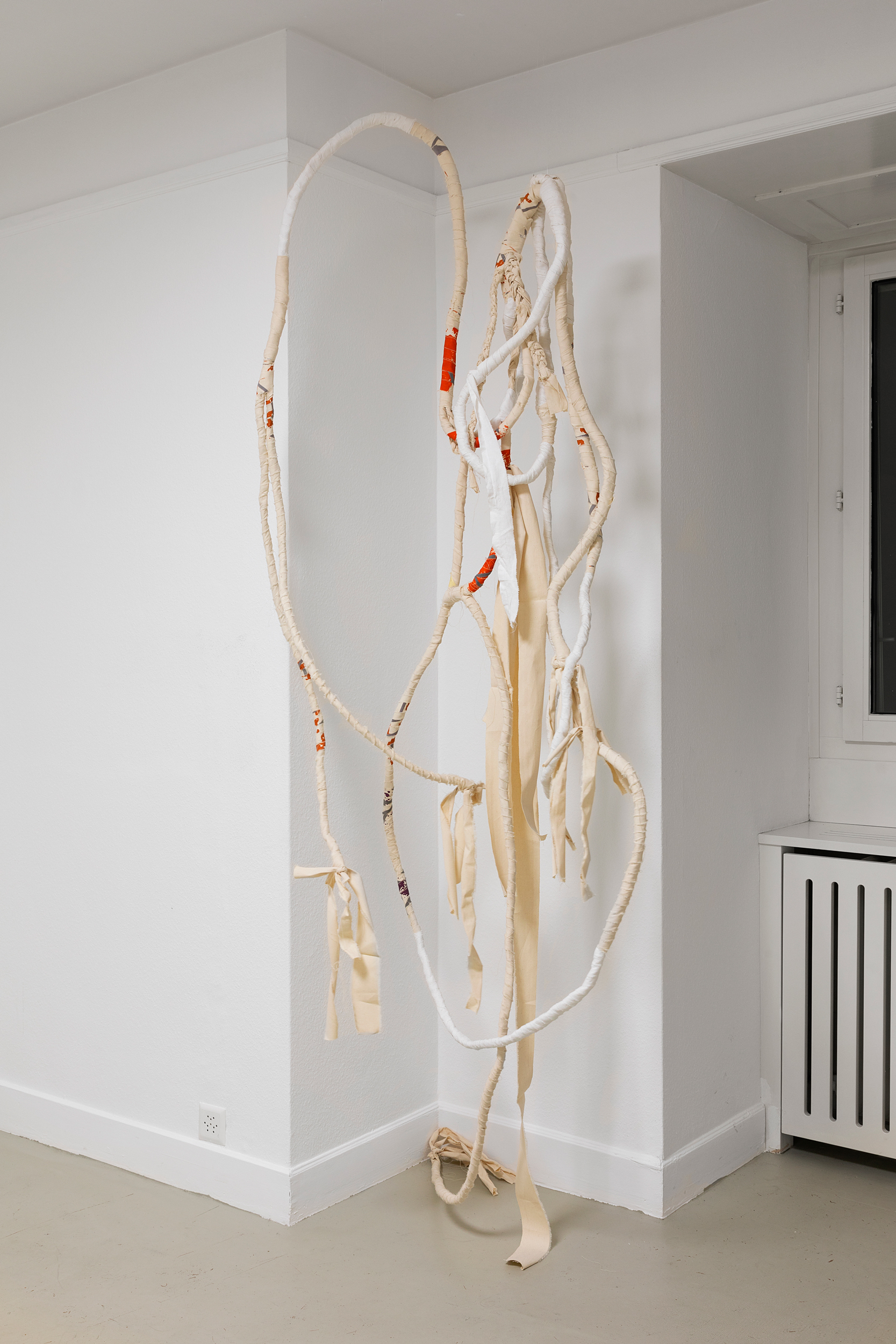 In her artistic practice Doris Dehan Son takes the notion of cultural identity as a starting point to unpack the mechanisms of desire and the alienating effects of fetishization in our post-industrial age of branding and personalized marketing. Using visual cues from pop culture, the science and advertisement industry, as well as her own biography, she creates works that reflect on processes of cultural identification, assimilation, and social mimicry, revealing their objectifying consequences on bodies and identities. Whether those references are materials such as old cleaning rags she salvages from her family’s Korean restaurant and assembles with shreds of canvas into hanging sculptures or, for instance, symbolical allusions to manga, fantasy, and the cosplay trend, her approach consists in re-contextualizing those signifiers into a high-culture aesthetic language as a way to disclose and interrogate visual manifestations of an insidious pressure to belong. Doris Dehan Son’s work encapsulates the current transition from an economy of goods to an economy of attention, and from the imperative to own to that of being. She is interested in our society’s increasing fragmentation into subcultures and peer groups dominated by untold norms and injunctions to perform membership. Her artistic research seeks to materialize the tension at play between today’s acute individualism and community-oriented discourses, that is, the temptation to merchandise difference for profit. Behind her work lies an intimate confrontation with the exploitative necessity of self-promoting and a desire to emancipate from this pressuring scrutiny through art making. Yet, notably, in that she herself uses strategies of appropriation and imitation, Doris Dehan Son’s approach consistently entails an element of (self-)irony and, at the same time, a critique of the contemporary art industry’s own ambiguous complacency towards the commodification of artists and the tokenization of their identities. Her work, then, seems to ask: If artists and art objects themselves are turned into fetishes, what becomes of the product of their labor?

Her practise is an evolving feedback loop of material potentials and process based responses which are build on each other and form several theme layers. As a shared critical and hopeful narrative about knowledge, politics and bodies of any kind.