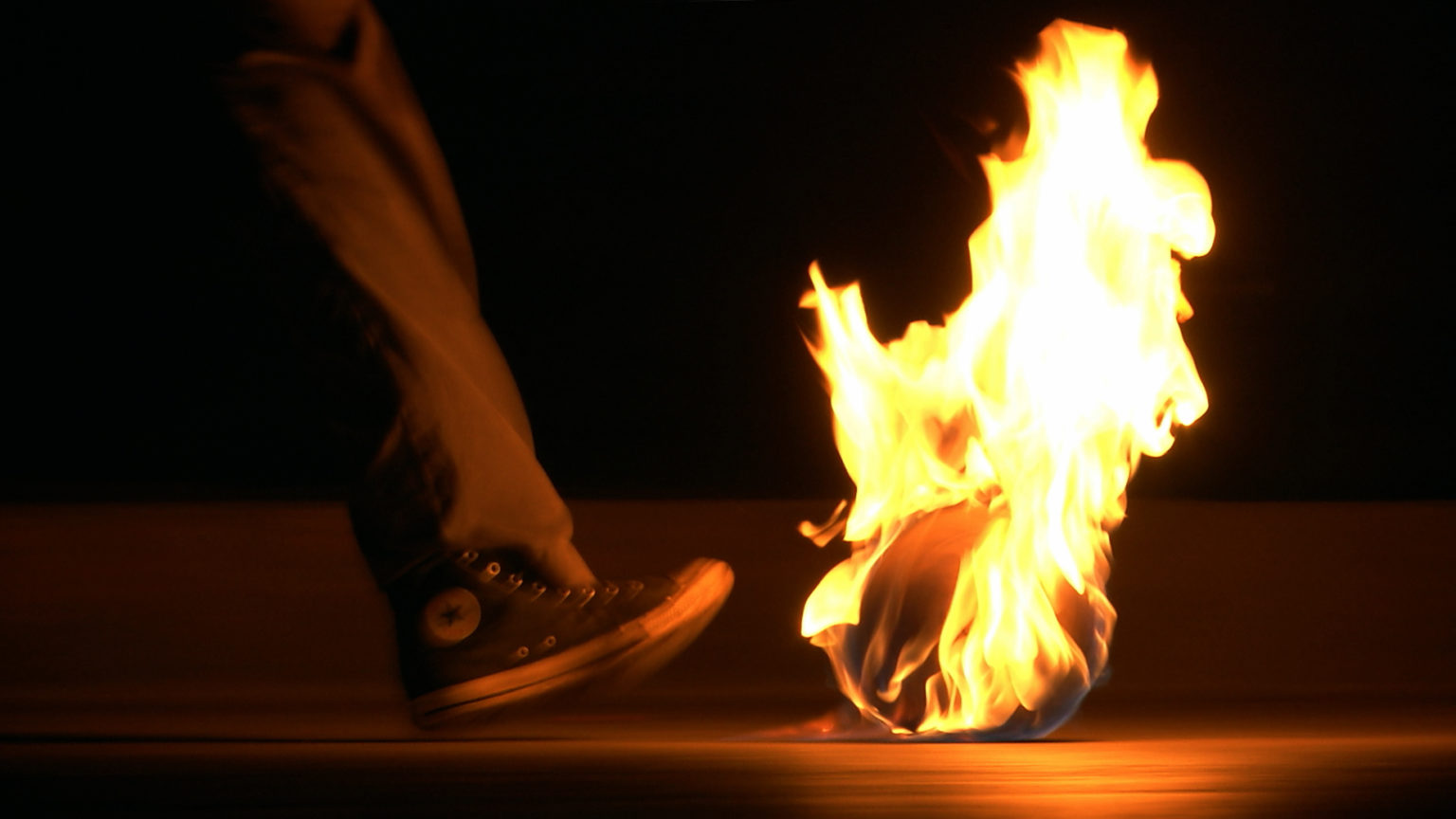 This solo show presents an overview of the artist’s video work of the last thirty years, with an emphasis on one of the central themes in Francis Alÿs’s practice, namely walking.

Through his seemingly insignificant walks, Francis Alÿs not only reimagines the city, he also creates narratives, spreads rumors, maps the social fabric of the place through actions that are sometimes short sometimes carried out over long distances or many hours, by turns dragging, pushing or carrying an accessory that stands in for a clue to reading the fable spun by the body in motion.

While Francis Alÿs figures as a protagonist in most of his early videos, he moves behind the camera in a series of works begun in 1999, the Children’s Games. In these videos, shot in a number of countries, the imaginary spaces of childhood blend with the fictional spaces of the artist, offering him an entry point when dealing with unknown situations or contexts. During his first trip to Kabul in 2010, for instance, Francis Alÿs observed children playing and filmed one of their favorite games, which was the inspiration for Reel-Unreel (2011), one of the core works to come out of his explorations in Afghanistan. It is featured in the Lausanne show along with paintings and works on paper. In this project, as in his city wanderings, the artist reveals the deeply subversive potential of play and fiction, while making it possible, short of refashioning reality, to imagine and see it differently.

A major contemporary artist, Francis Alÿs (*1959, Anvers) turned to the visual visual arts after training as an architect, while living in Mexico City where he settled in 1986. During his numerous walks throughout the megalopolis, Francis Alÿs studied and documented daily life in and around the capital in a series of performative actions. The city became the material of his art; his moving body and the rules of the game he set himself were his tools, while the film captured the traces of his actions. Over the years, Francis Alÿs would extend his walks to other urban spaces, from Havana to London, Venice or Jerusalem, reimagining each city through his itineraries. While his output questions the link between artistic happening and political intervention, Francis Alÿs always works by means of allusions, with remarkable precision and economy of means, preferring a poetic multiplicity of meanings to straight-out political commentary.