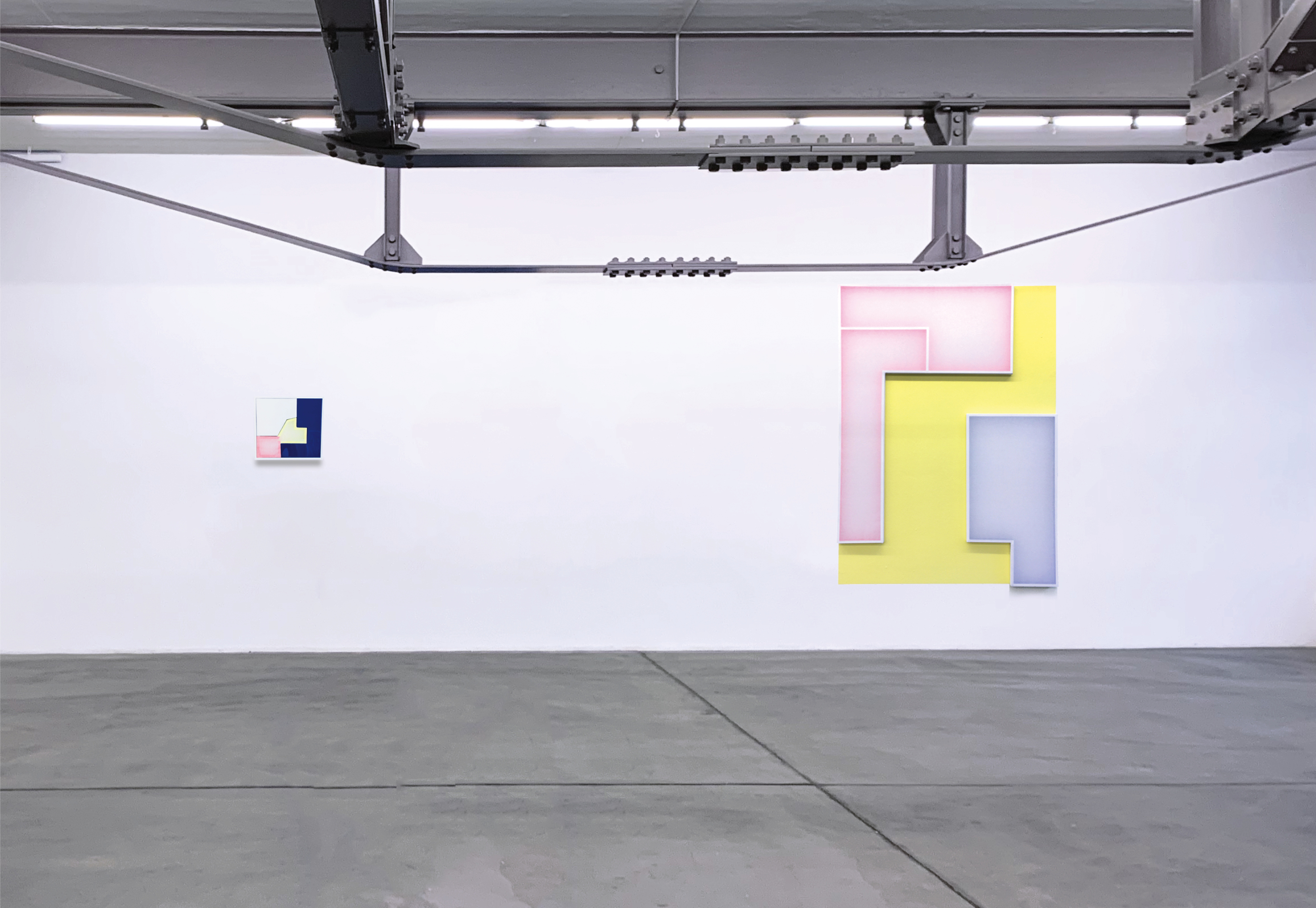 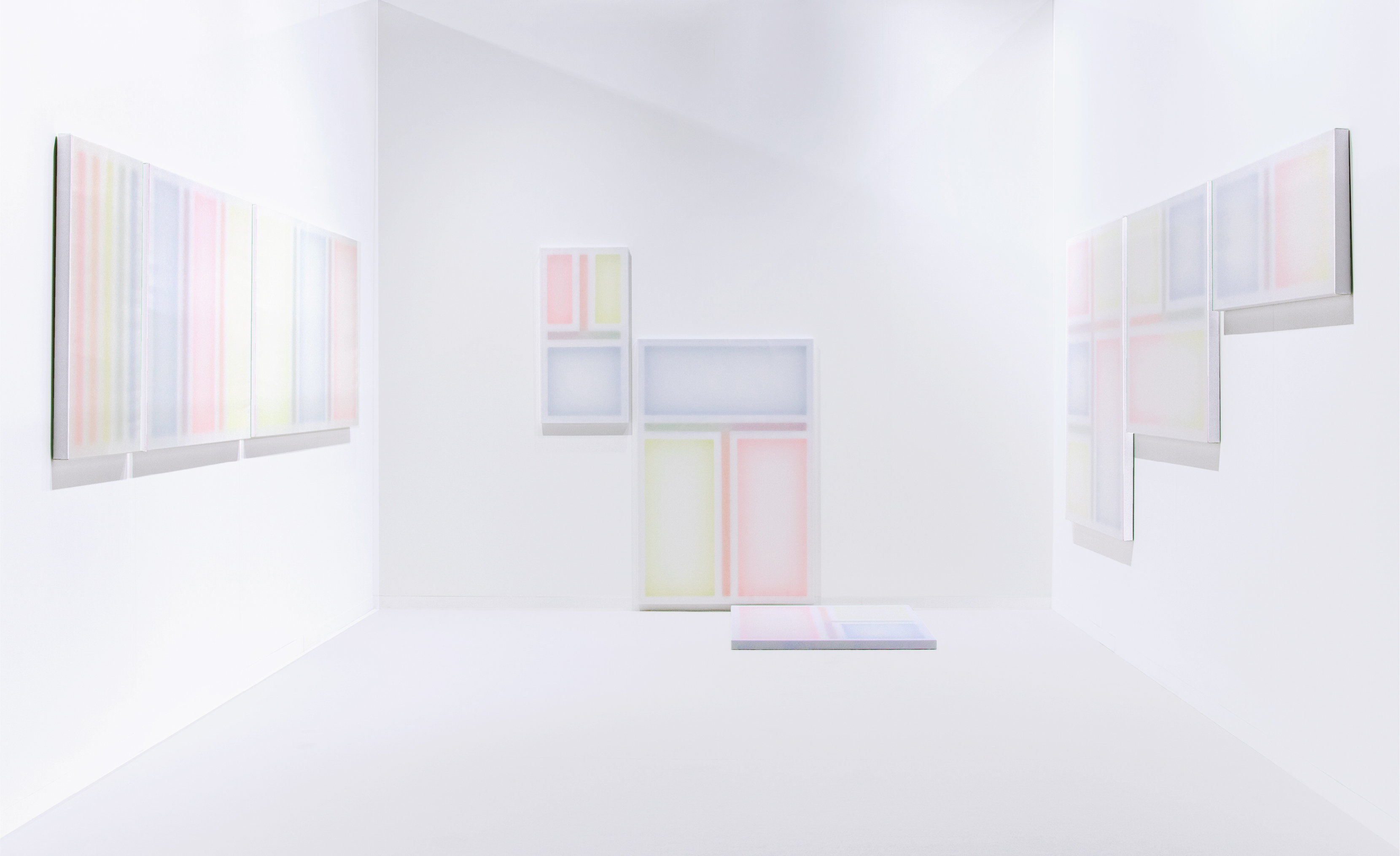 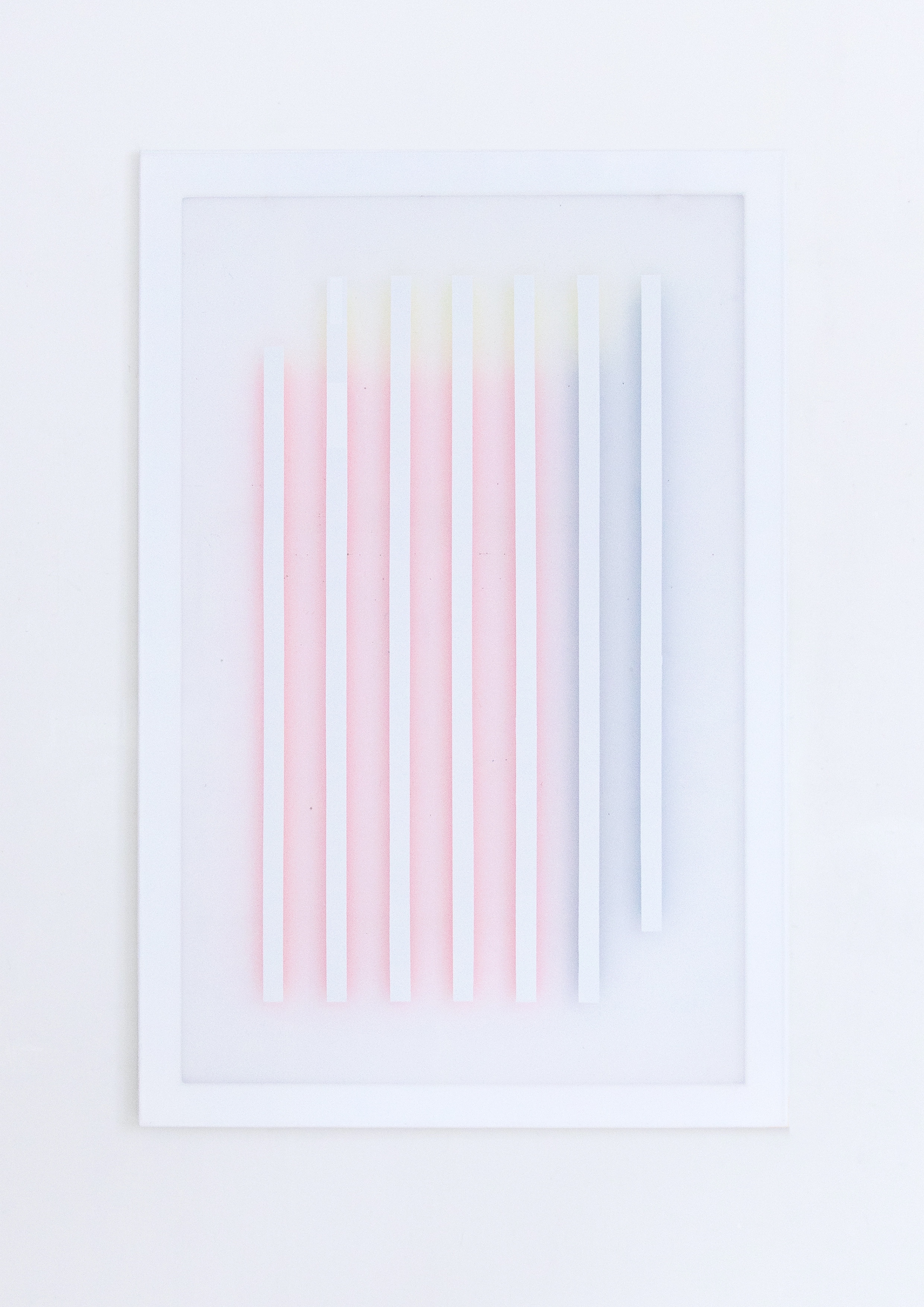 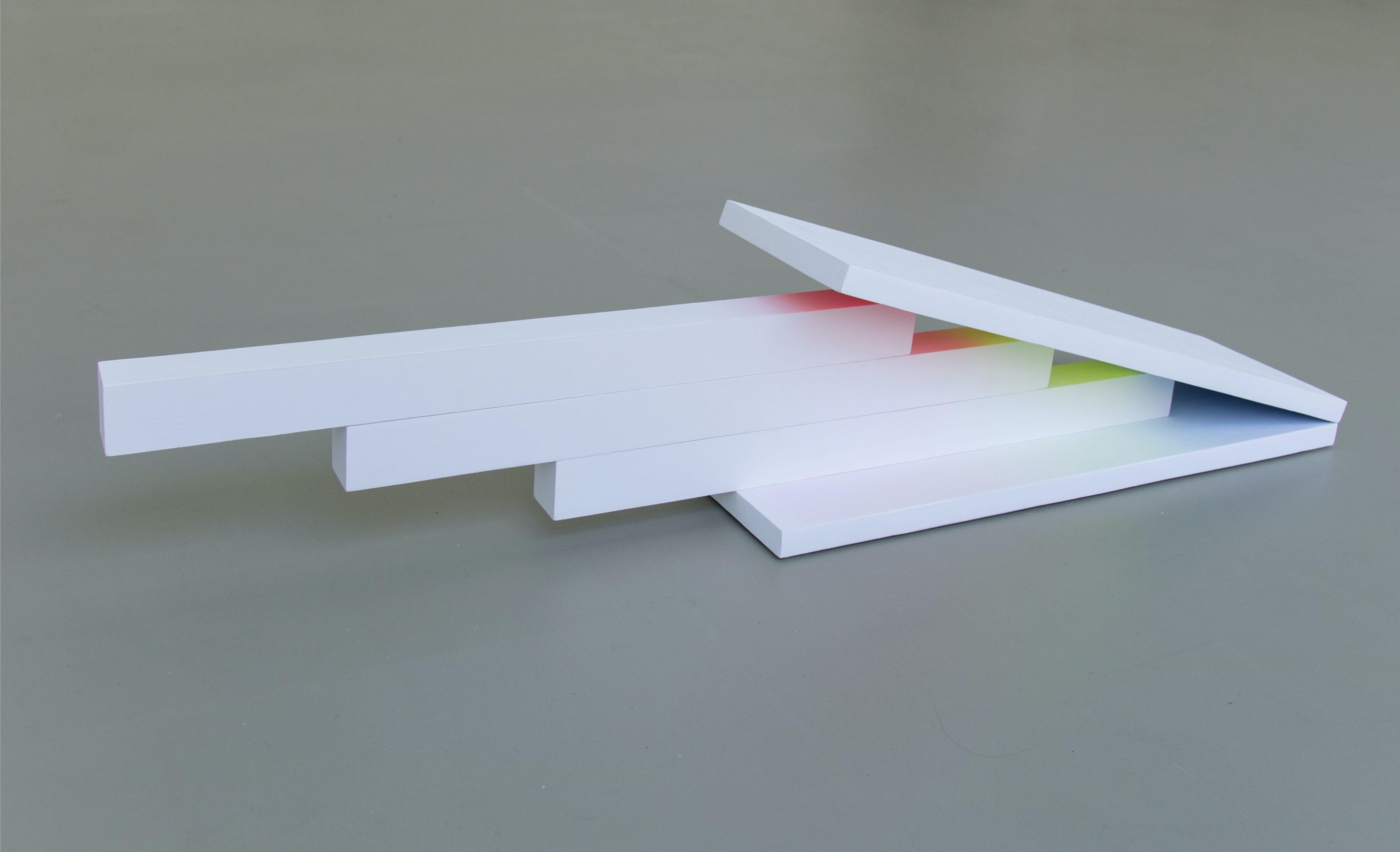 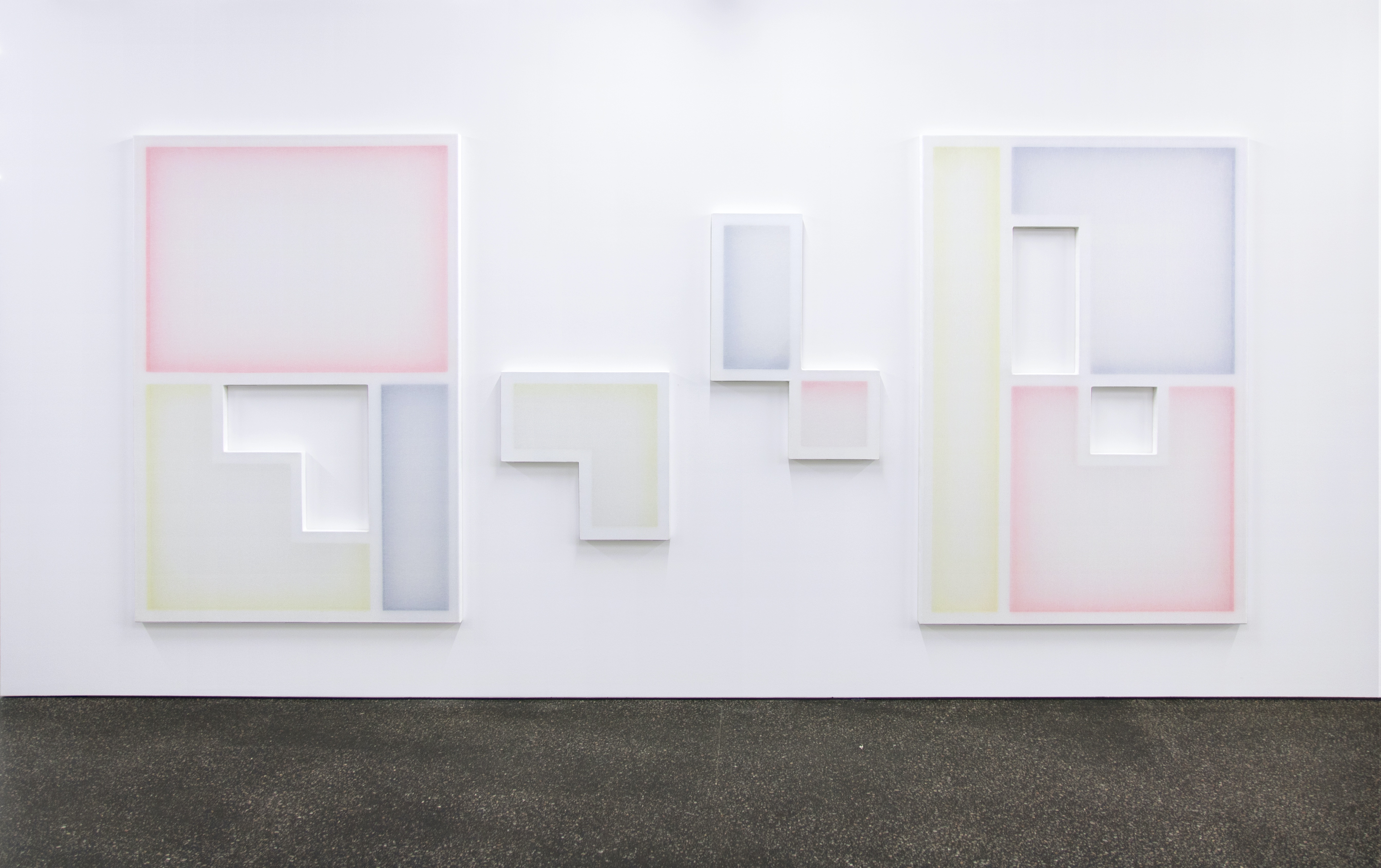 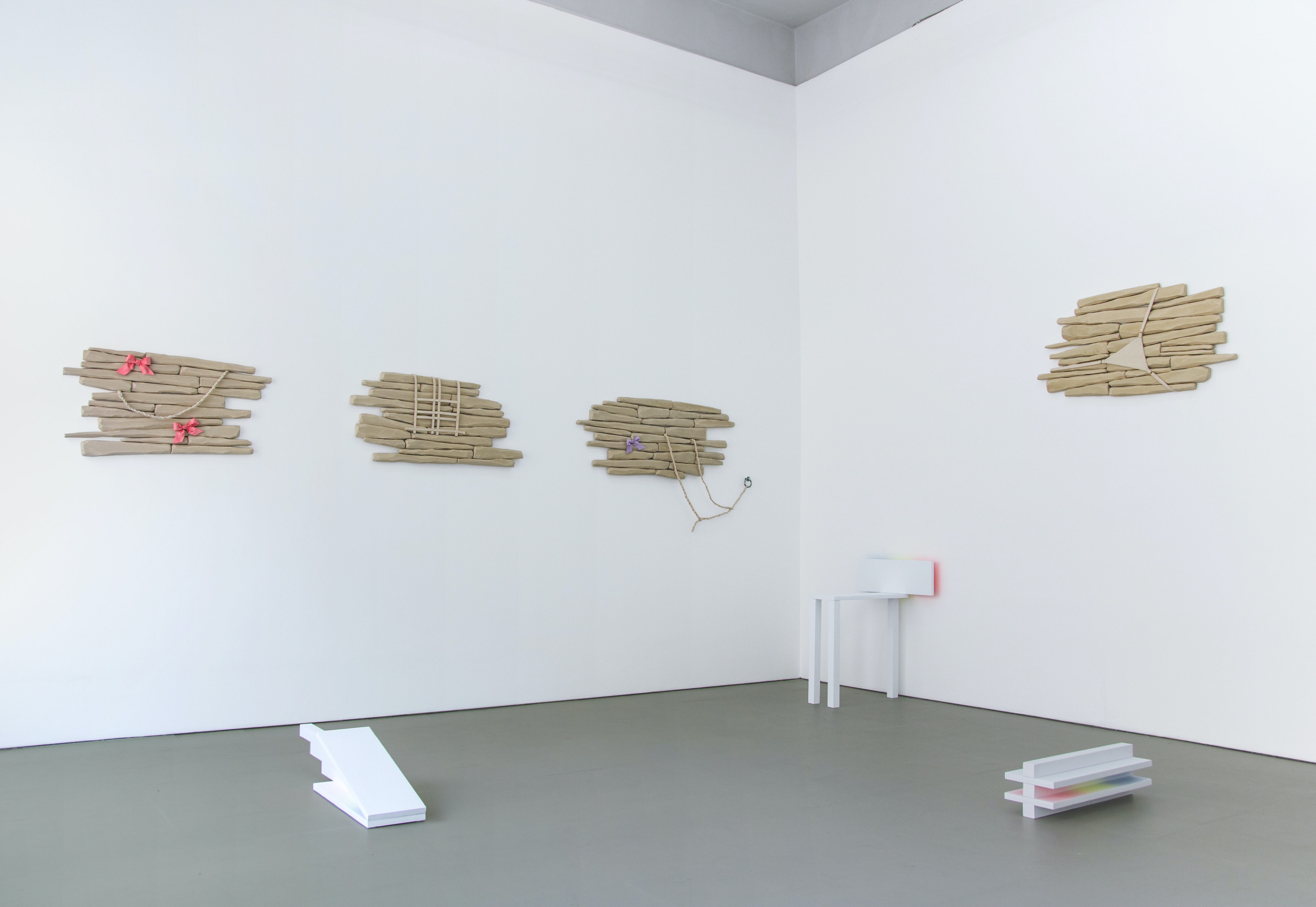 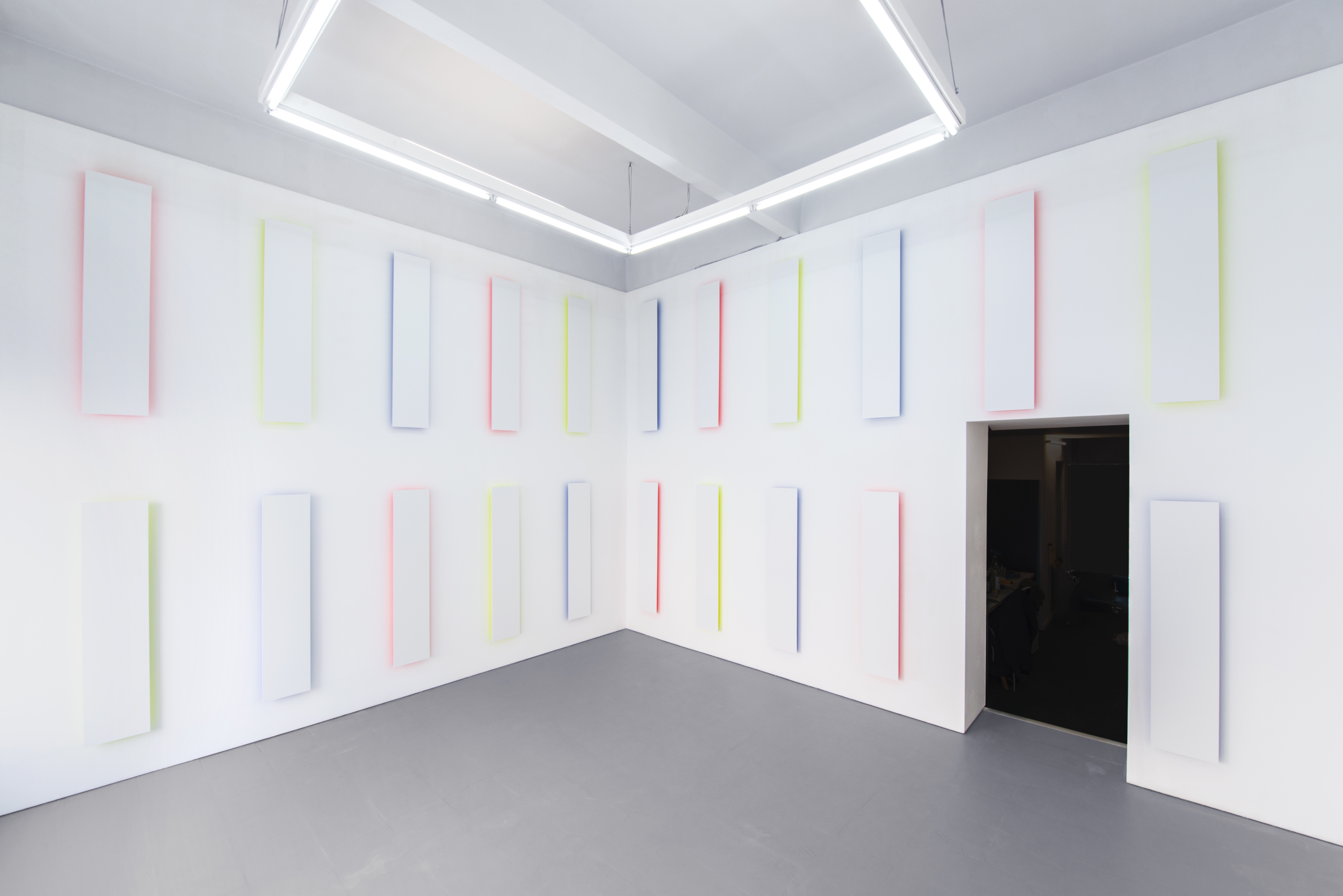 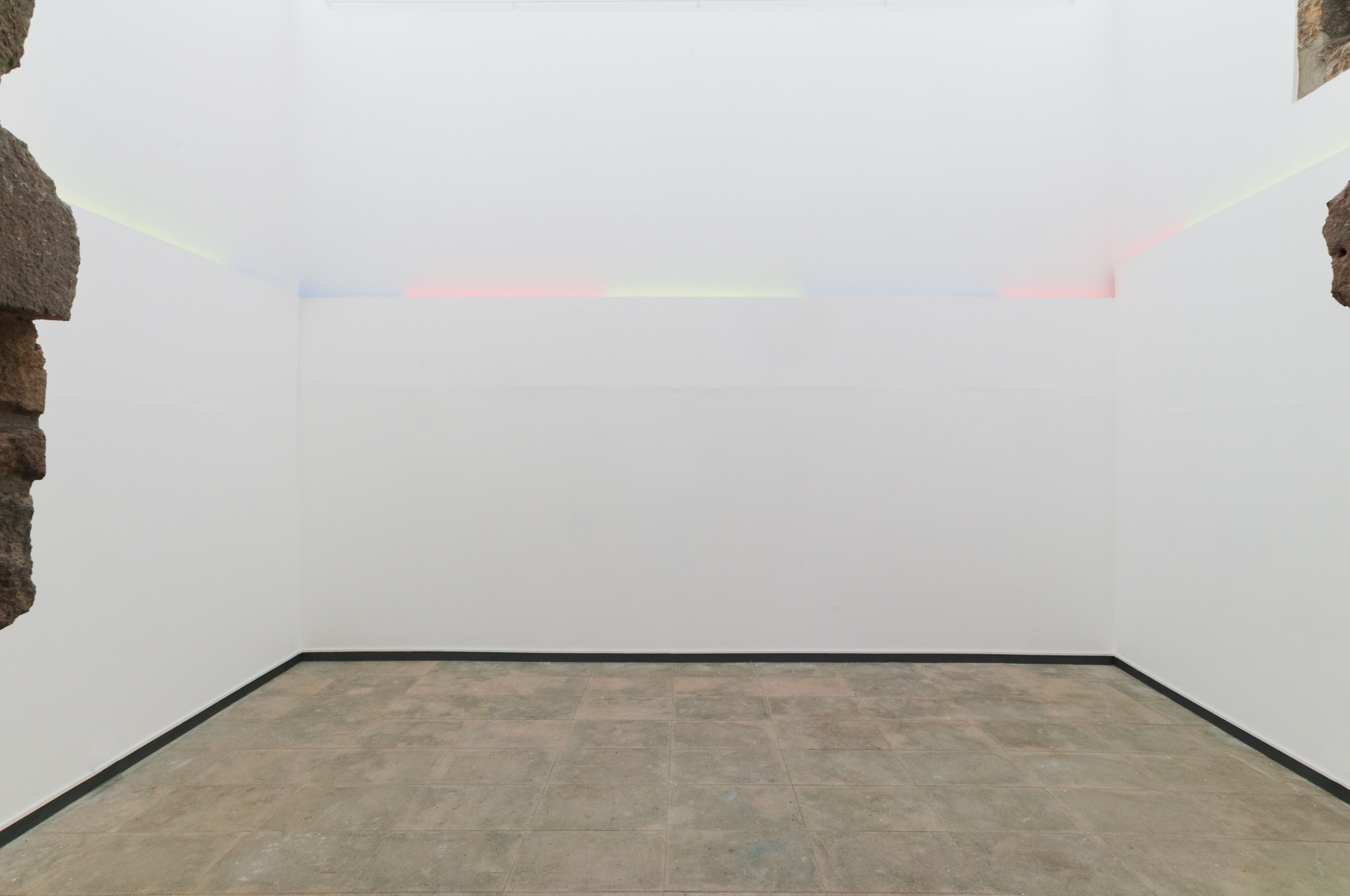 Composition with Red, Yellow and Blue
2017 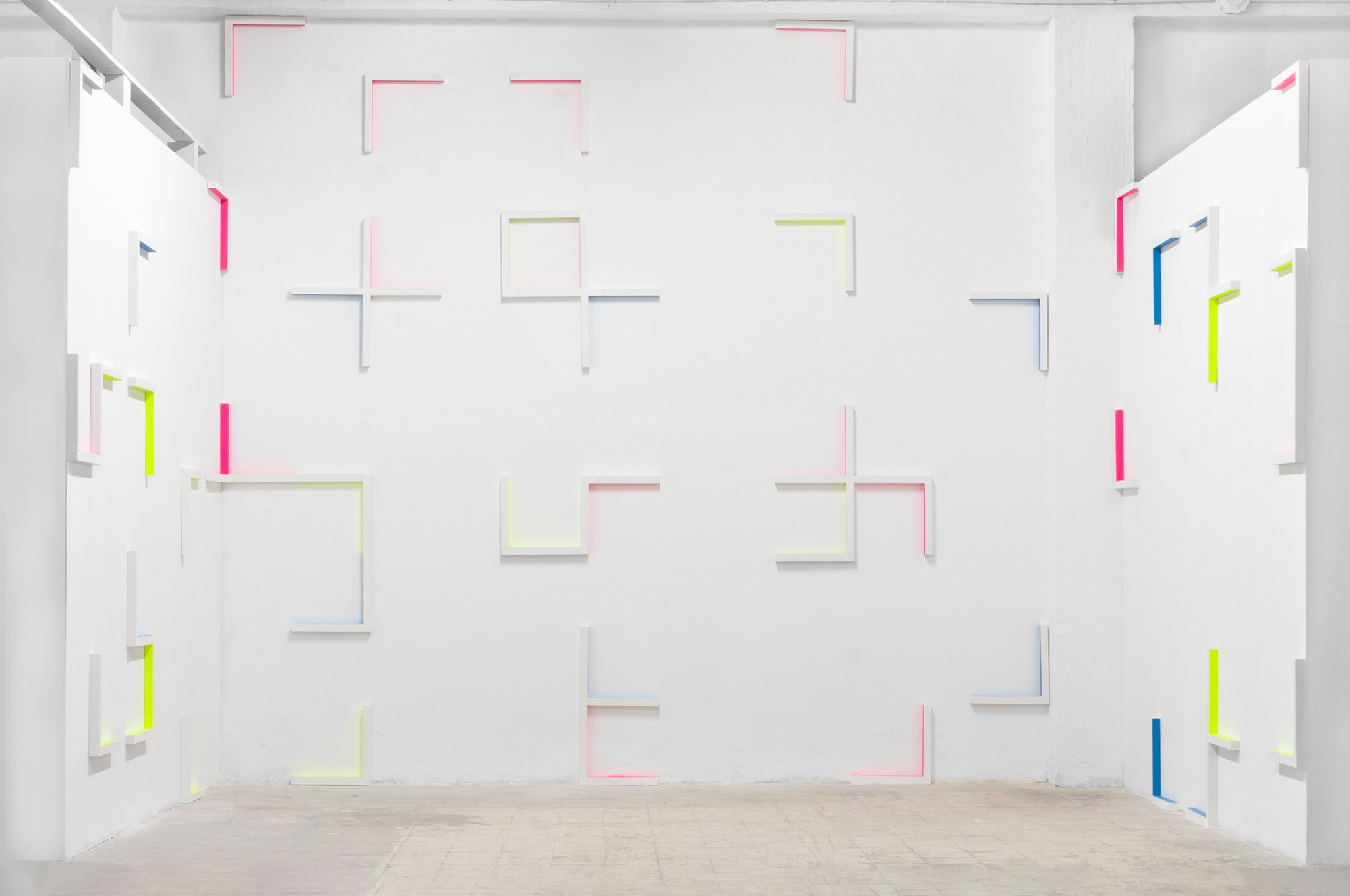 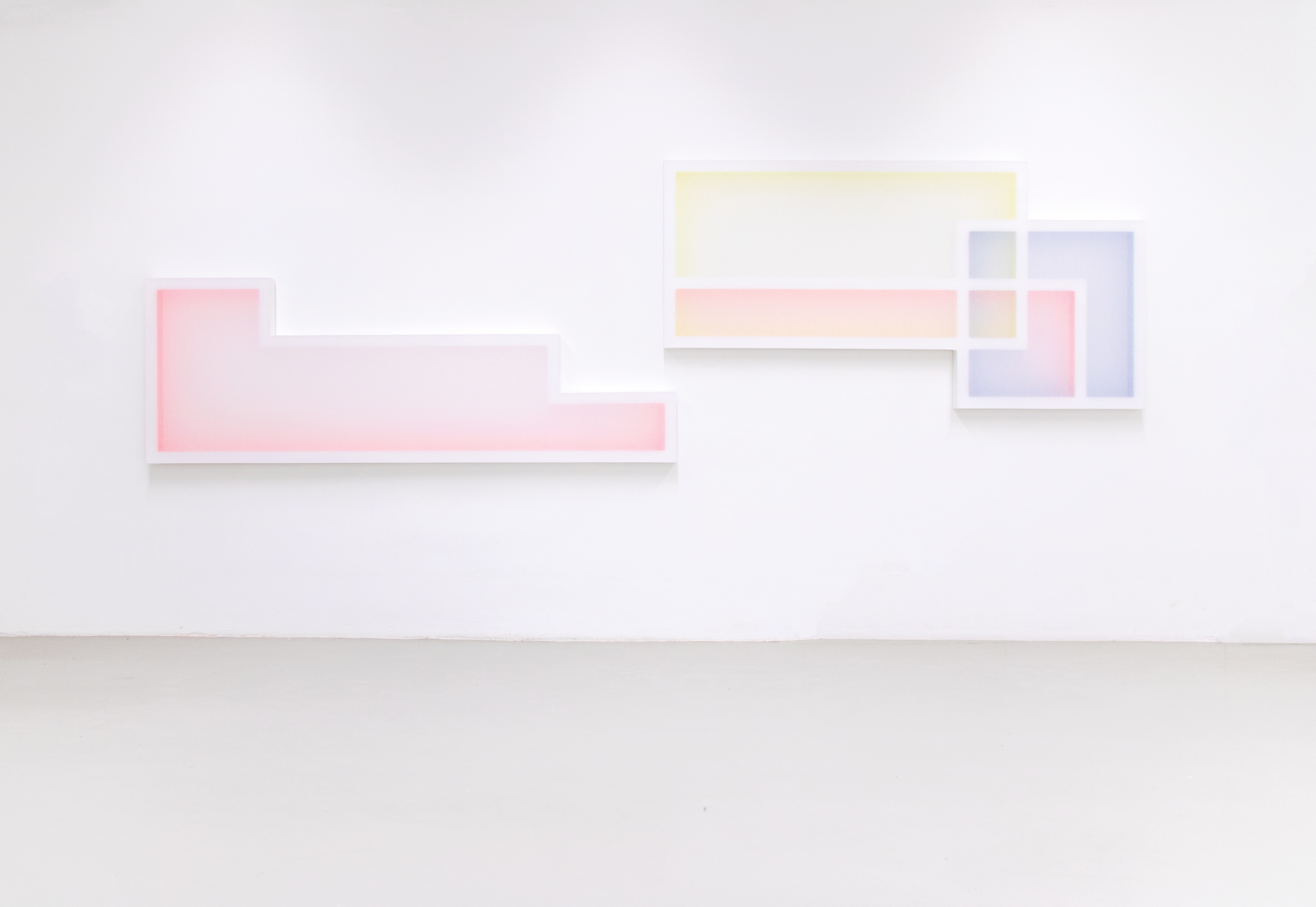 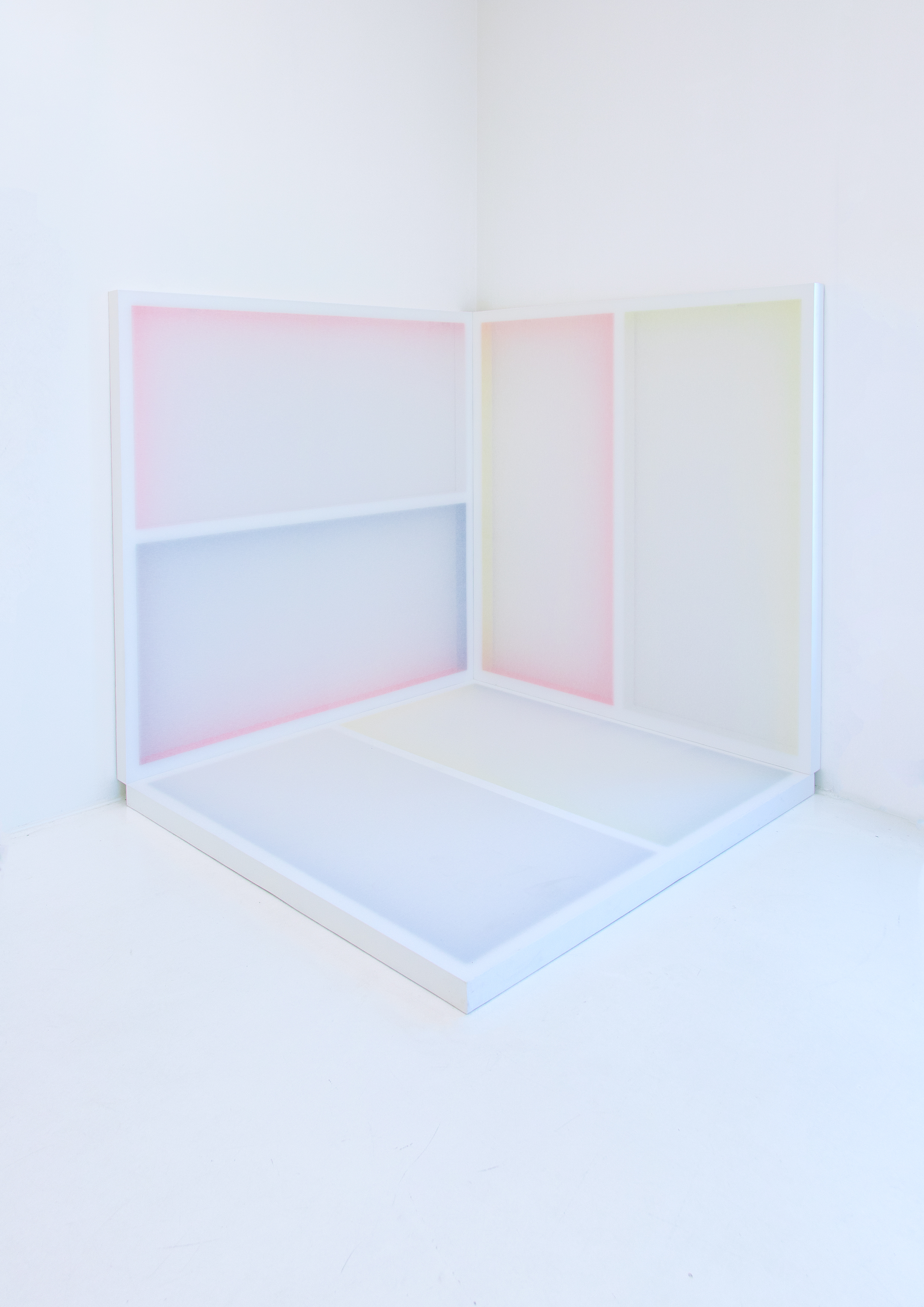 Untitled (Composition with a Red, a Yellow and a Blue Rectangle)
2017 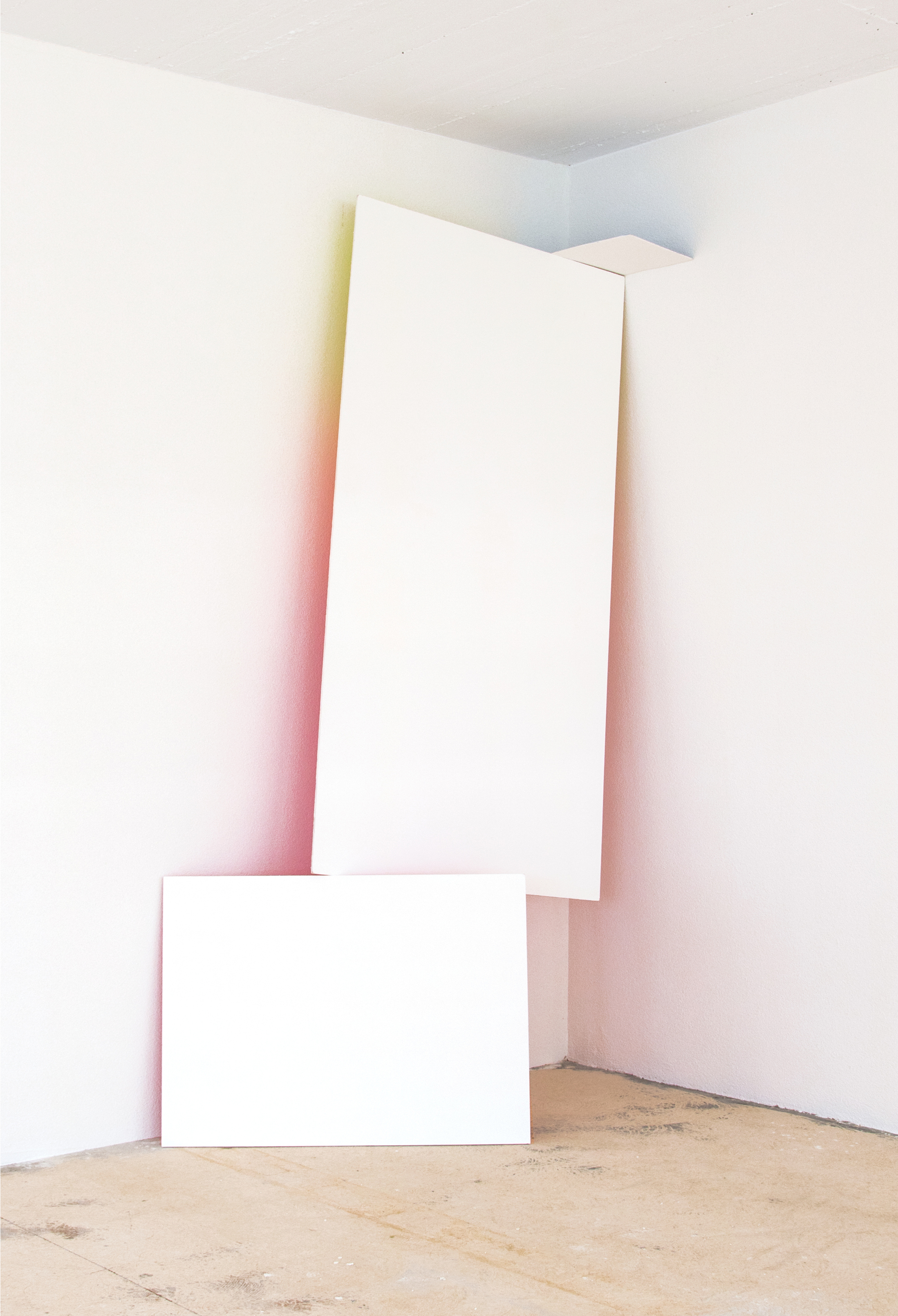 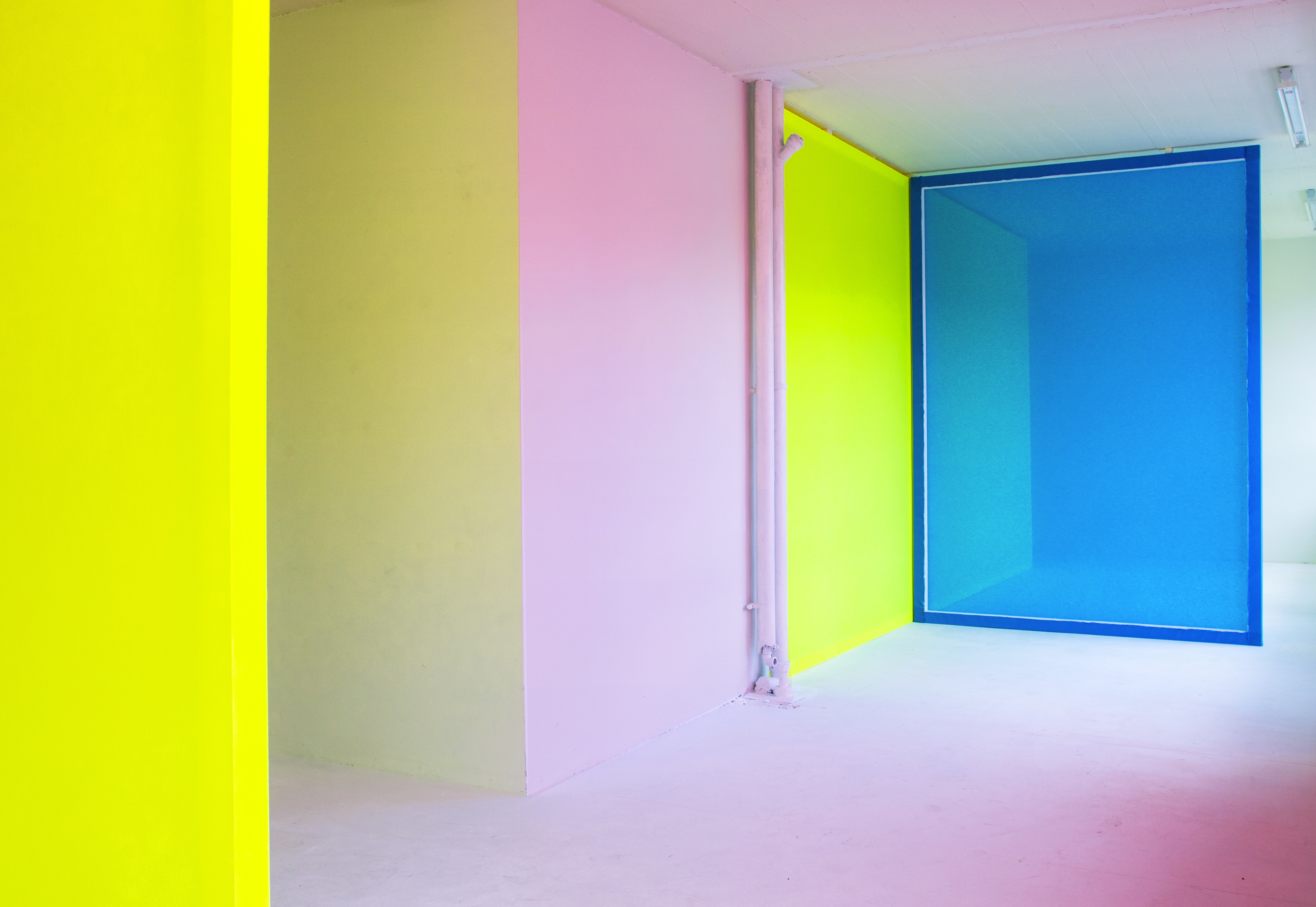 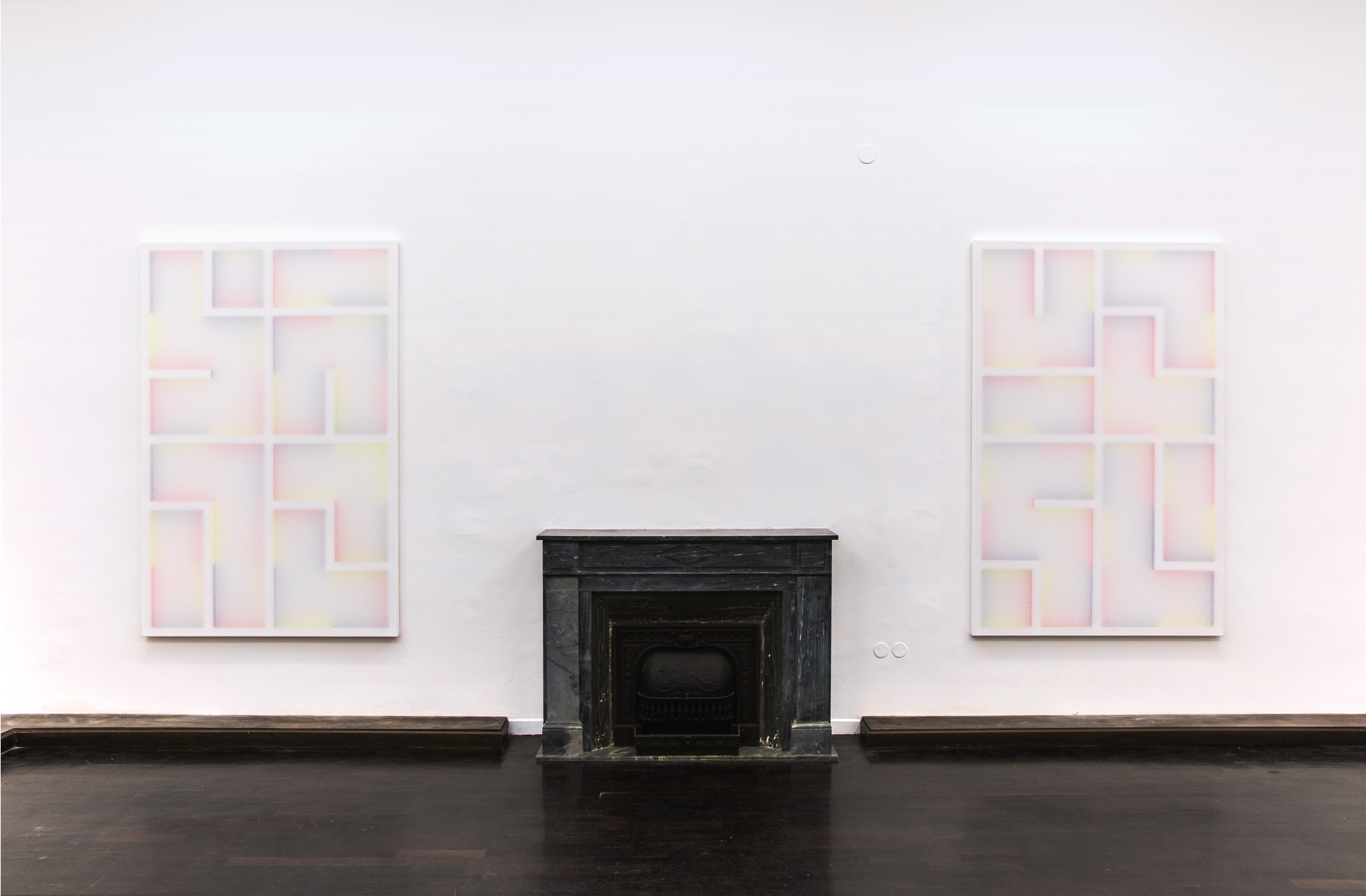 Between Numbers and Poems
2016 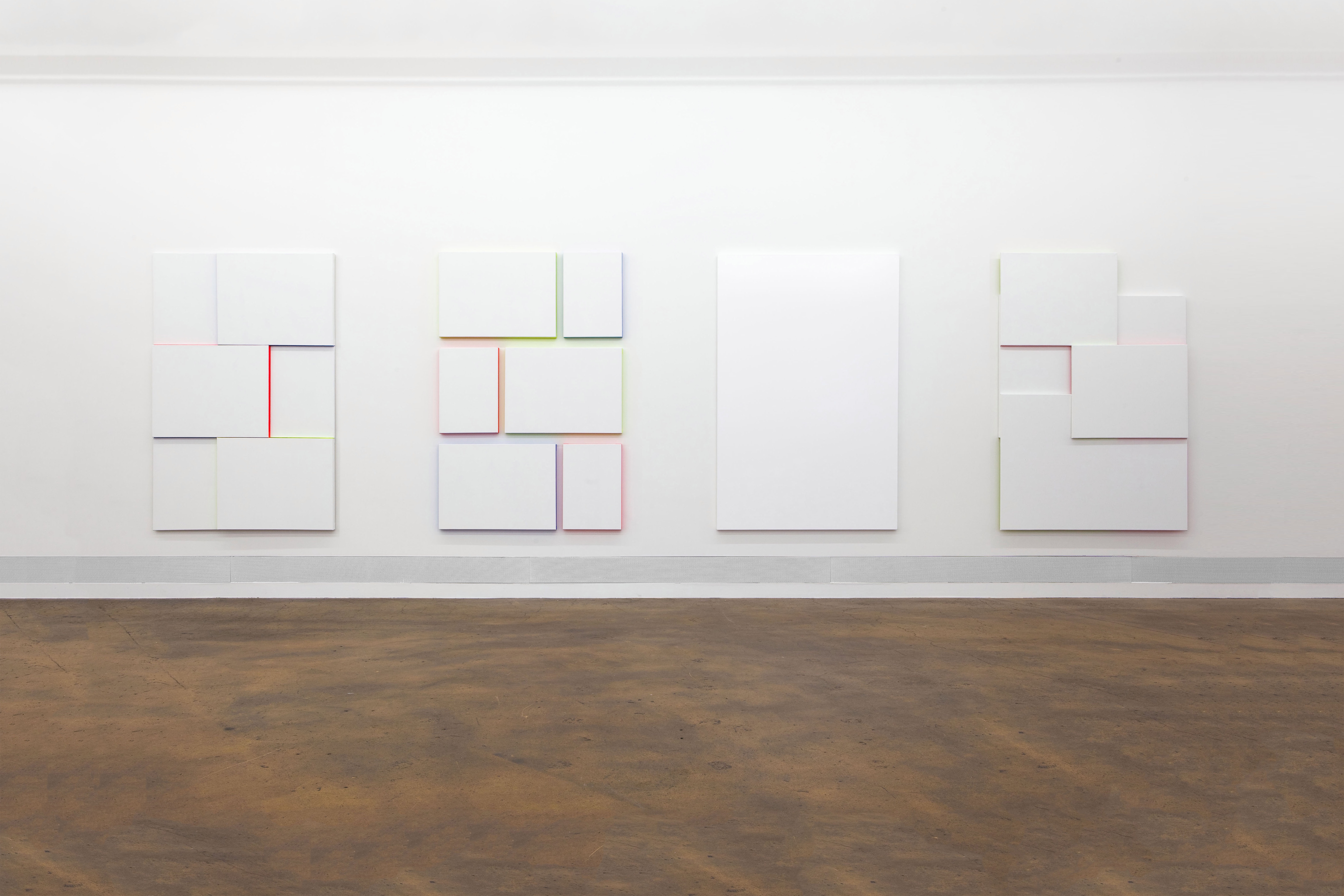 A Sculpture of Marmalade is a Sculpture. But It Isn't Marmalade.
2015

Patric Sandri’s paintings are content and medium at the same time. He deals with perception and the aspect of looking. Using the mistakes of perceptual apprehension has become more and more important in the way he generates ideas and works. The function of a three dimensional object and its carrier is explored, often deconstructed and put into a new order. Light completes the paintings and is thematized by the different architectural parts of the works which are painted. The colours reflect and radiate on the background which is dipped in colored light. The front and the backsides of the works are equally important. The works have a sculptural character - but always remain committed to painting.

Painting has it’s visual parameters, but couldn’t these be implemented in an alternative way through an intensified questioning of the role and perception of the artist as observer and vice versa? Patric Sandri proposes a detachment from the rigor and age-long practice of painting in the form of panel painting that has been executed for centuries. Shouldn’t the architecture of painting be questioned once more and revised in terms of implementing its media content more precisely?

Traditionally the viewer is confronted with a plane, mainly one surface, suggesting a pictorial space which is attached to an object. The perception of this pictorial space results through detachment from actuality similar to a view out of the window. In this sense a painting presents tself in the exhibition room like an island in the ocean. Maybe the painting is able to create references within this space, but simultaneously it is trapped in an ongoing conflict between plane, object and space.

To lend honesty to the pictorial space and open the painterly window to the viewer, Sandri proposes a transformation of the pictorial tools as the actual space and environment. What is important is the perception of the site-specific image that should be viewed as a painting and not only as a collection of objects within the three-dimensional area. Rather, the scene in the actual room should be perceived as an image with depth and volume.

The image shall be experienced through a heightened intensity by the participant, movement within the space becomes a tool for painting whereby the image and perspective constantly change. Similar to a stage, the space or environment now serves as an image-carrier, the composition as the plane, the matter as bodies, the light as a source. The pictorial space asactual space can visualize the paintings components by giving immediacy and authenticity without losing its materiality and visual message. With the participant involved, the perception within the painting becomes essential, connected directly with the reality of human experience.