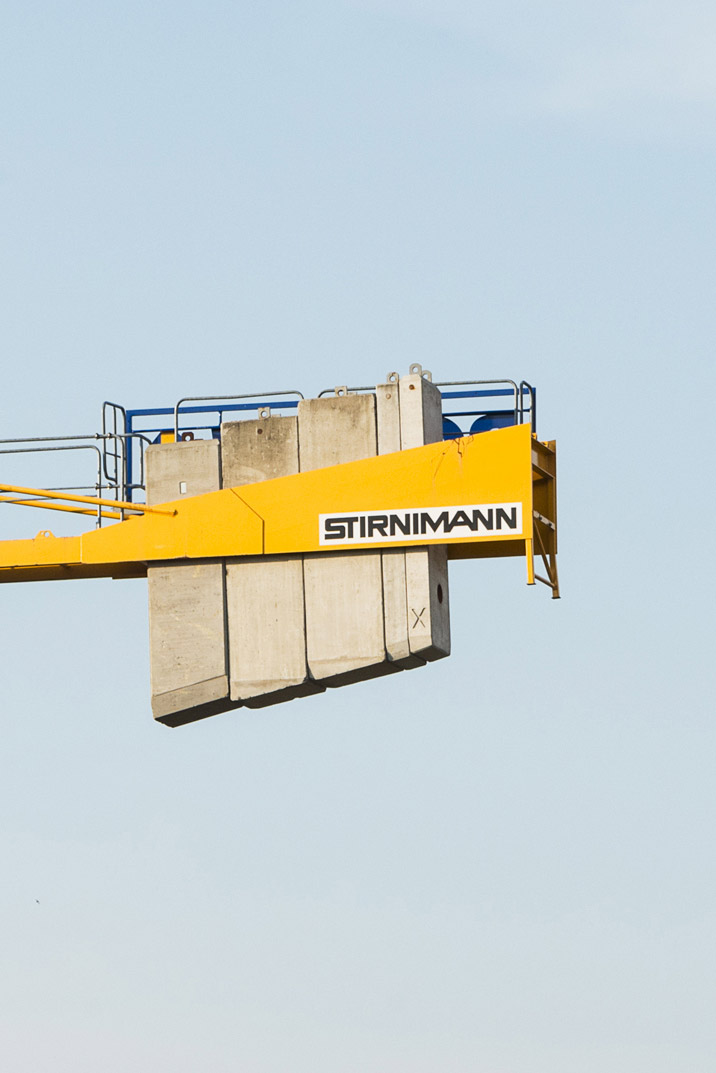 Water is essential for urban life, so a sculpture commissioned to frame its supply has long provided an opportunity to manifest the supposed munificence of authority. Authority  expresses itself distinctly, with varying degrees of openness, pomp and force, depending  on its cultural context. In Rome the Trevi Fountain marks the Aqua Virgine, an aqueduct  that evolved from the Aqua Virgo first constructed in 19 BC. The fountain thus celebrates  a feat of civic engineering and a city lifeline, though its design and location reflect shifts of power that went on for several centuries. In post-antique Rome, authority has been held  either by secular or religious bodies and designs for the fountain had to satisfy  requirements relating both to public open space and the optimisation of private palaces  owned by the families of papal or civic leaders.

While Rome has been and remains marked by the Catholic church, the rather different  formative religious and cultural influences for Zürich have been the Reformation and  Protestantism. Under reformist authority, outward expressions of wealth – be that  architecture or dress, were spurned and sometimes forbidden. Asceticism did not,  however, equate with a rejection of affluence. In 1754 Switzerland’s first bank was  founded. Today Zürich remains a well-off city and an international banking centre;  financial services are its most important industry. The law now concedes expensive  vehicles and apparel, and public culture is fostered as an important element of city  marketing. New public buildings also have a budget for Kunst am Bau – permanent art  commissions – which ranges from 0.3 to 1.5 % of the building costs, excepting land. 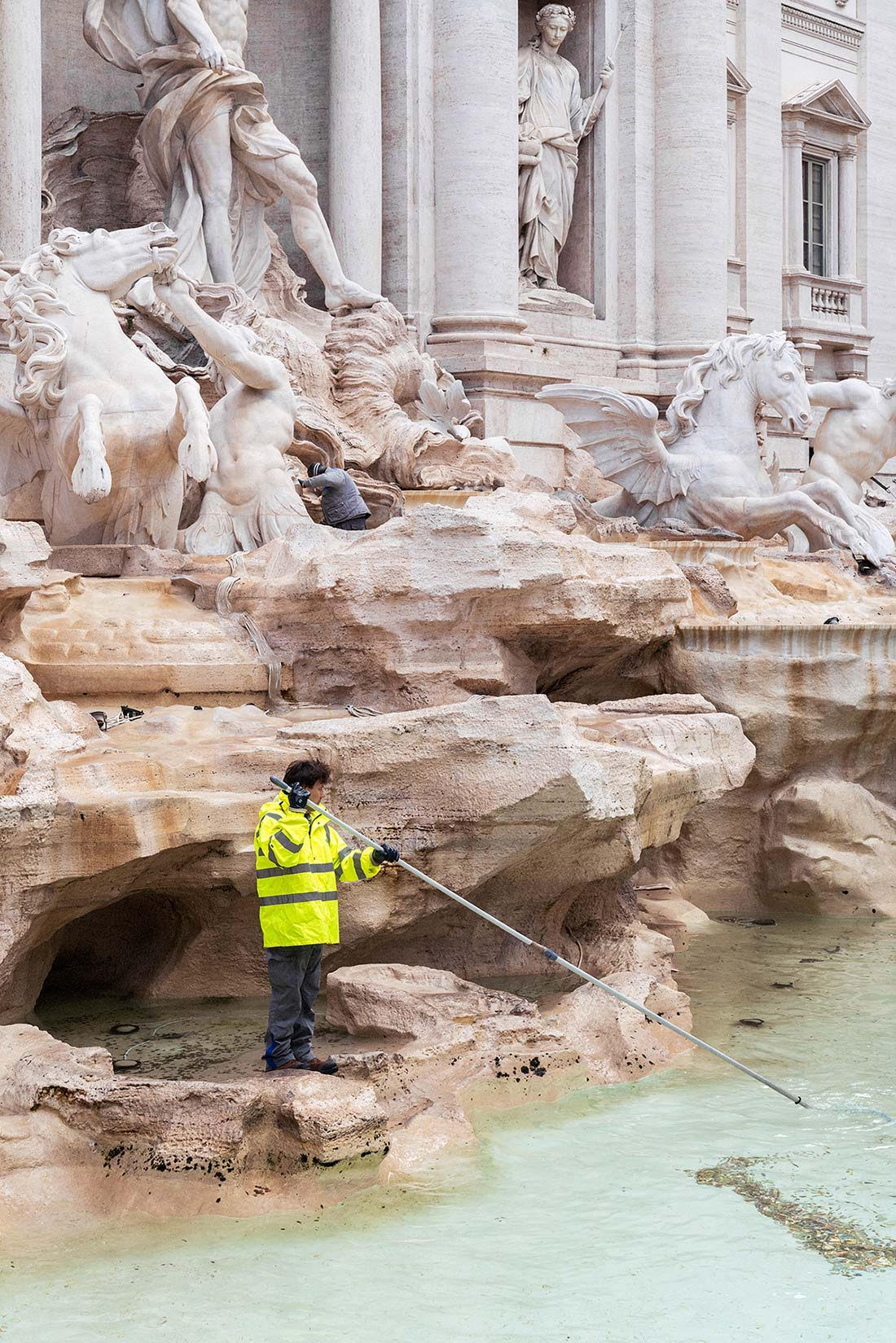 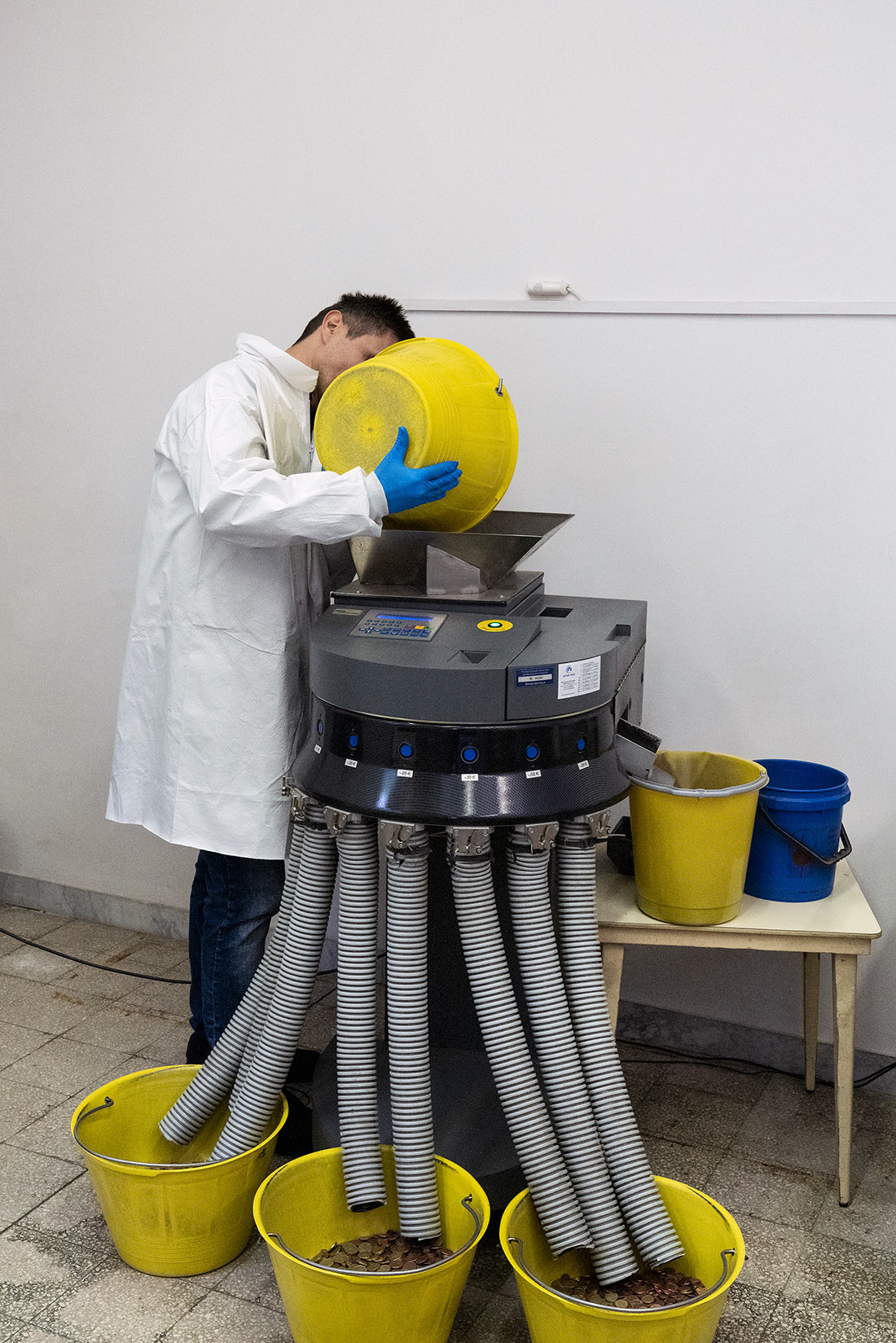 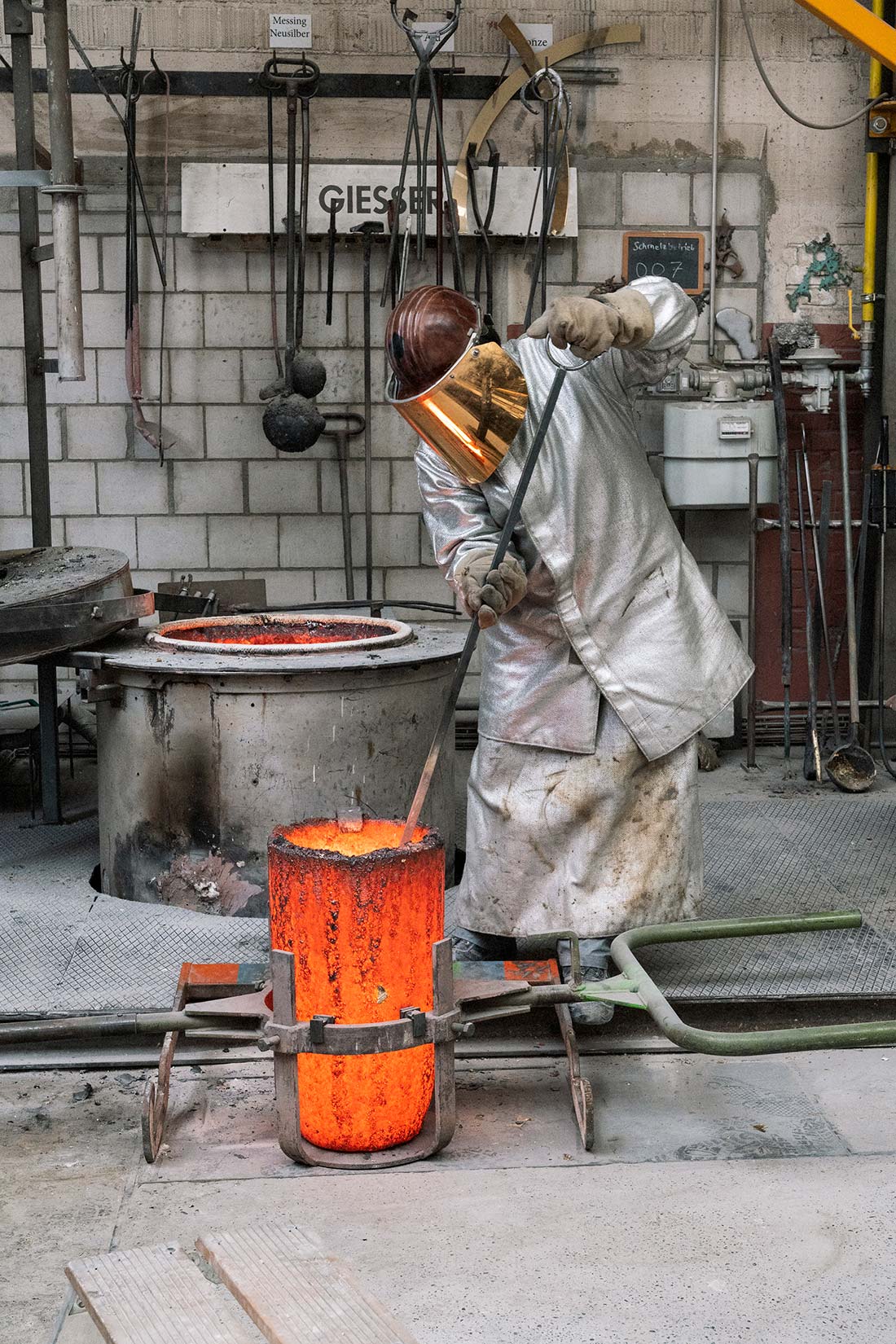 These are the circumstances that enable Michael Meier & Christoph Franz’s site-specific  commission, the fountain Deceitful Habits in a Human’s Soul situated in the courtyard  outside the University of Zürich’s Department of Banking and Finance. The work recreates elements – parts of one triton and sea-horse – from the Trevi Fountain that have been  newly cast in the metal of 10 cent coins thrown into the Roman fountain; the pair are  embedded in the building’s courtyard, with water spurting out of the shell into which the  triton blows with puffed-out cheeks. Erupting from the narrow courtyard they seem  outsized and slightly preposterous, yet the work is made to measure in the sense that the  Kunst am Bau budget available defined how many of the collected coins could be  purchased, at face value,in order to be melted down and remodelled: 8,400 euros, to be  precise, or 344.4 kg of metal.

There is something intrinsically cheeky about fountains and spurting water, which burbles  and bubbles irrepressibly. Despite the weight of cultural heritage, of academic prowess  and prestige concentrated on the new building’s location and Michael Meier & Christoph  Franz’s sculpture there, the cheekiness is still manifest. The jet of water from the triton’s  shell is a touch puerile, it completes a sculpture which collapses divergent notions of  duration and value into each other, which invites us to free our money from the  constraints of wealth creation.

Deceitful Habits in a Human's Soul
2019 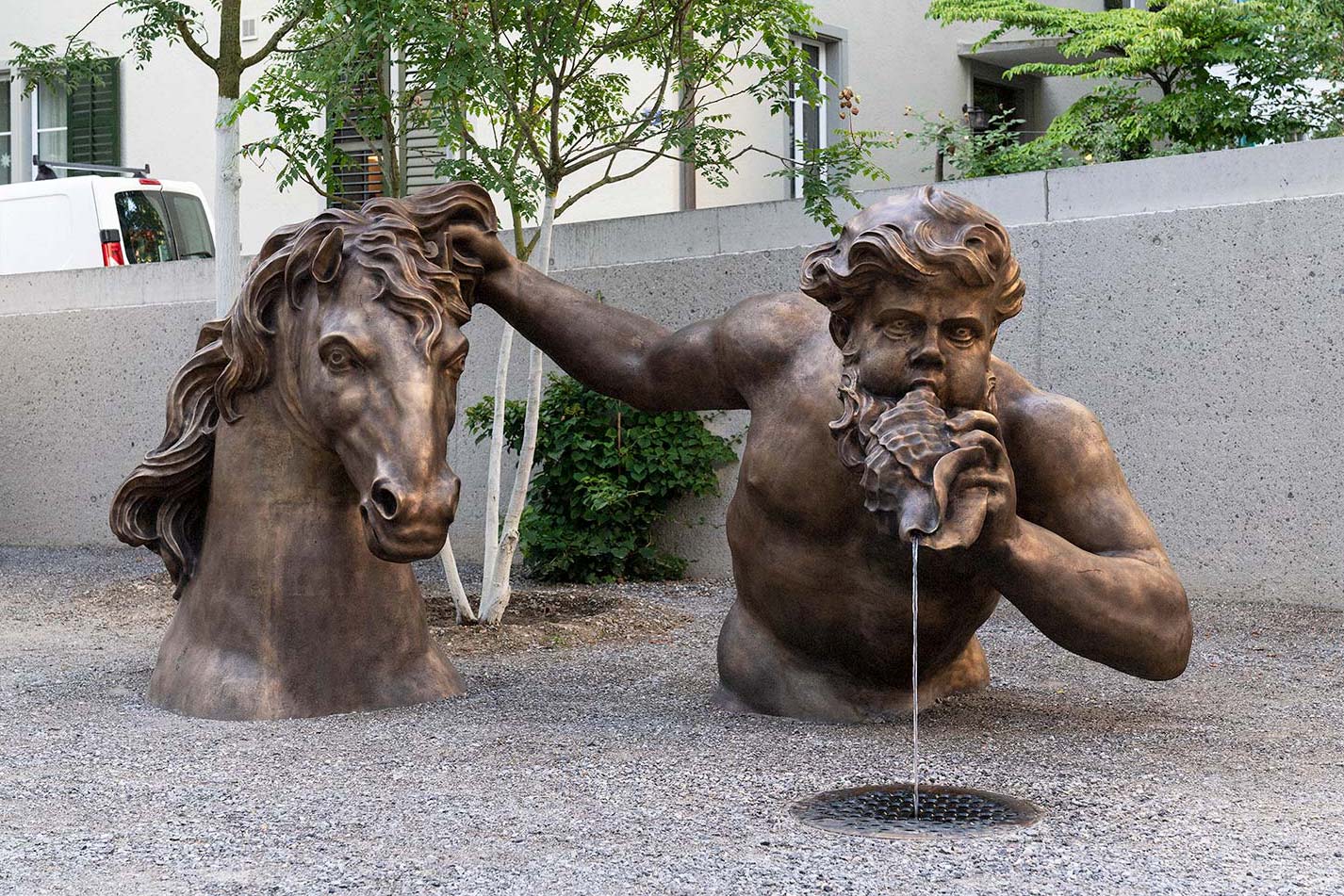 Deceitful Habits in a Human's Soul
2019