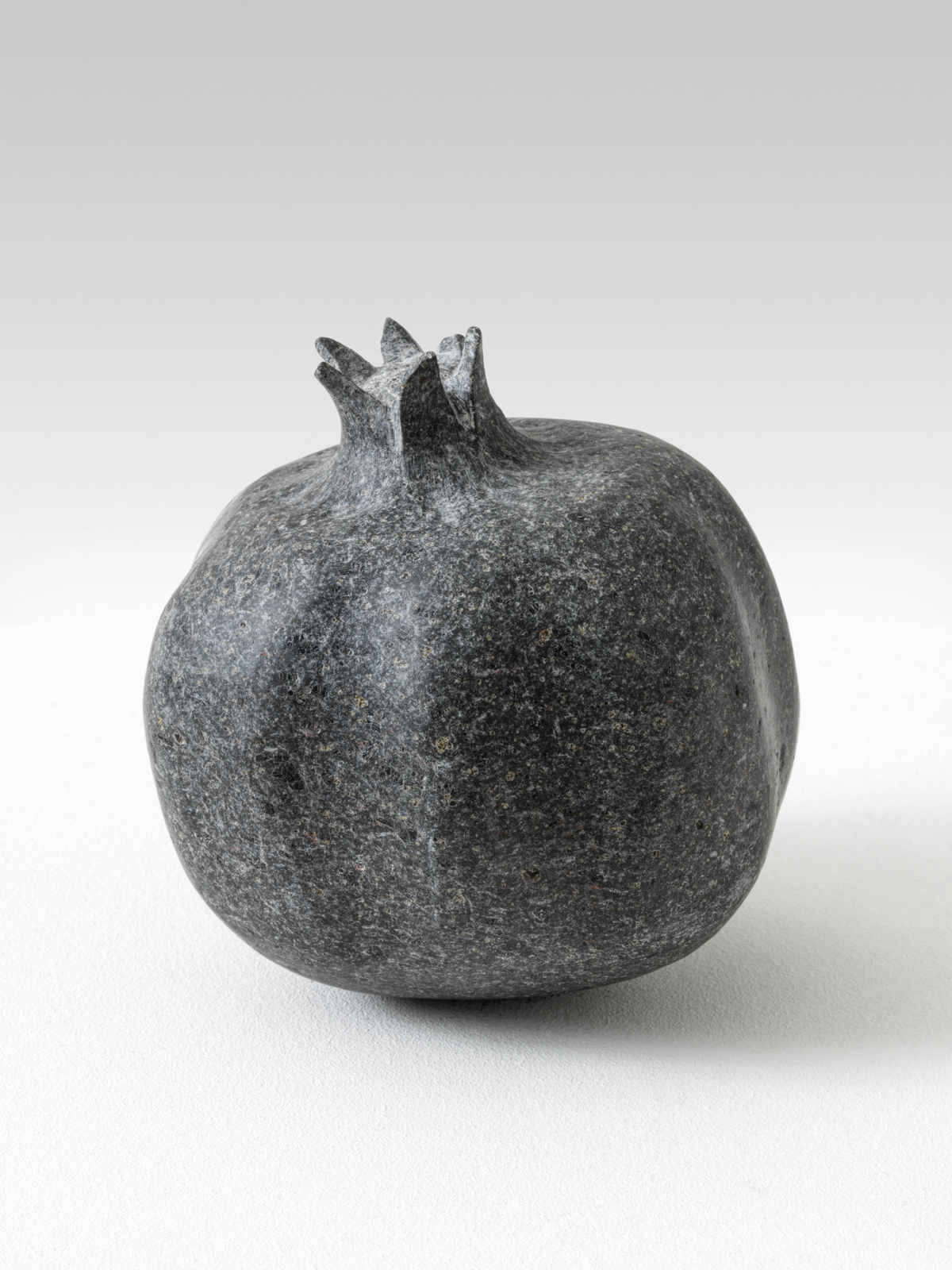 Material and structural transformations are at the heart of many of Baselgia’s works, including Autolyse – Coprinus Comatus, a series of four drawings depicting coprinus comatus, a common fungus also known as “shaggy mane” or “inky cap” because of its unusual method of distributing spores, which involves digesting its own cap in a biological process called autolysis that produces a black liquid. Here, self-destruction acquires an unexpected positive meaning by allowing the growth of the next generation. Intrigued by this peculiar phenomenon, Baselgia went foraging for these fungi in the woods and followed an old recipe to extract their ink, which he then used in his drawings of the mushrooms, depicted in their natural environment to highlight the strong connection that these organisms have with their habitat.‍ 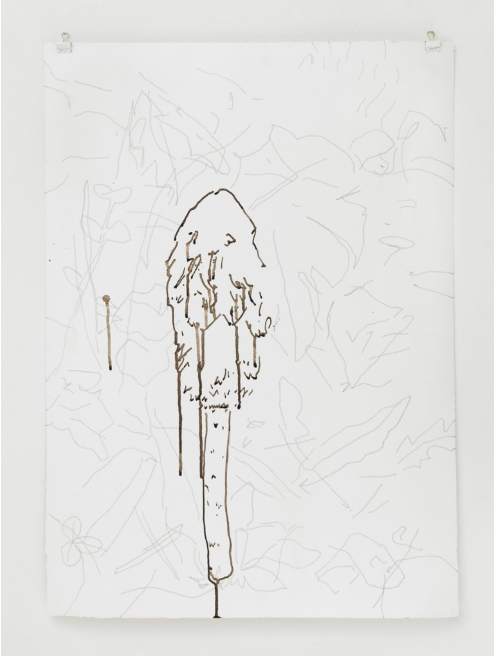 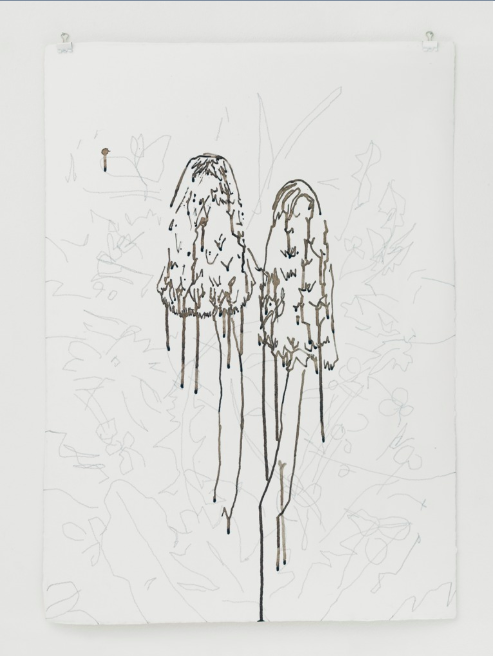 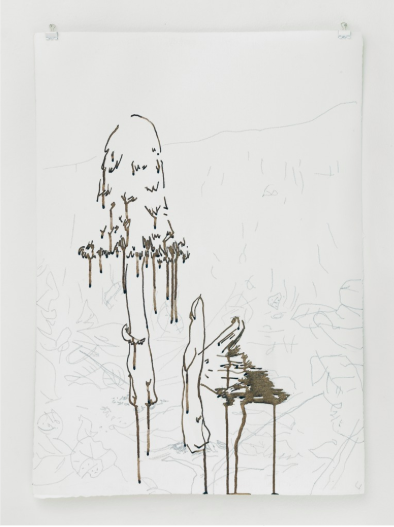