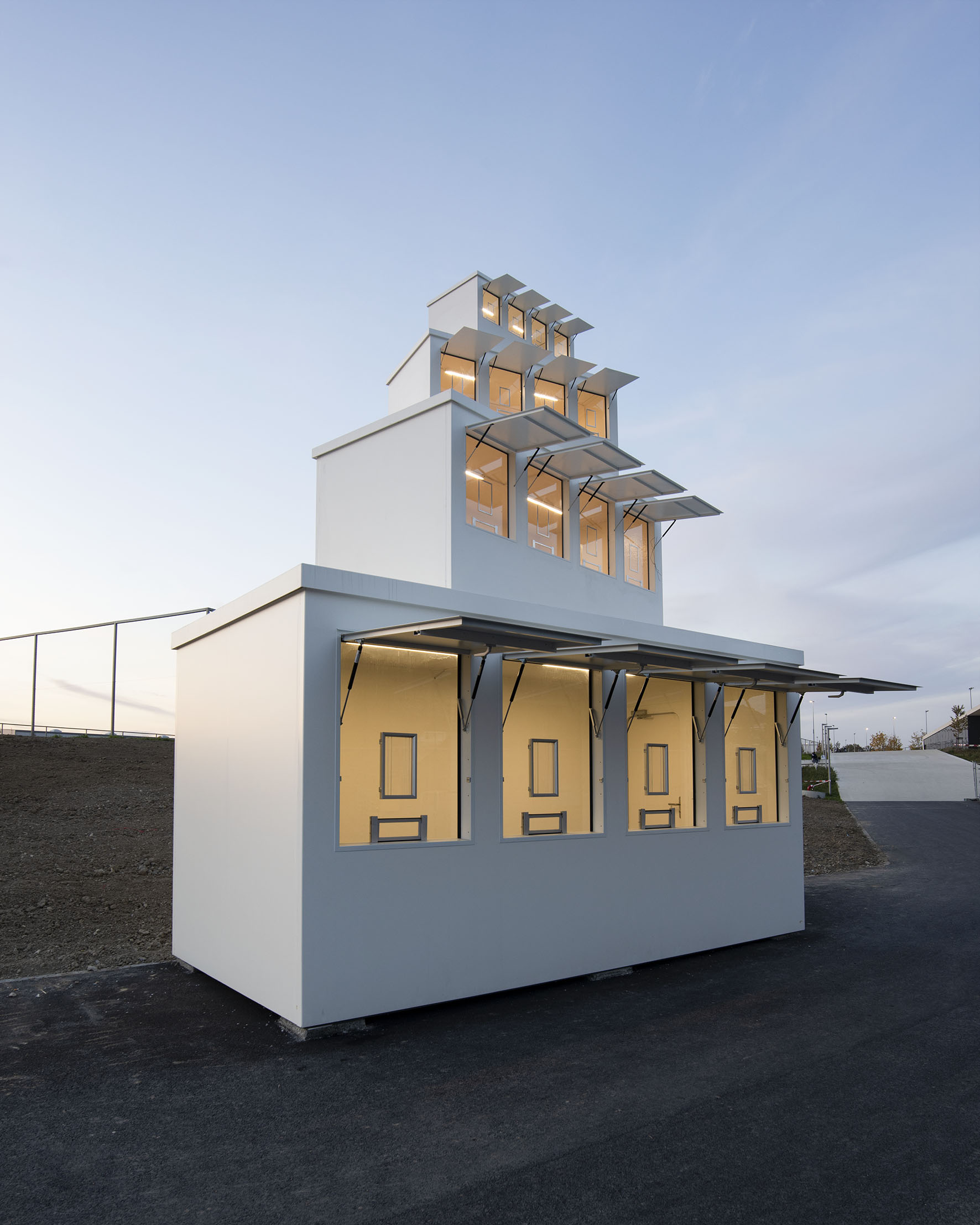 In 2019, Florian Graf won the invitational competition for a work of art around the new soccer stadium «La Tuilière» in Lausanne. The competition consisted in dressing the three ticket booths placed around the stadium. His new "ticket pagodas" are based on an original idea. Instead of opting for ornamentation, Graf chose to work on the containers themselves: he stacked three smaller and smaller replicas on top of the basic container. In this way, he turned the sales points into iconic sculptures.

Graf's mini-containers are faithful replicas of the original, down to the last detail, with door handles, window frames or open blinds reproduced on a small scale. These changes in size, from the sales container to the size of a puppet theater, a doll's house or a miniature scale model, give the impression of being in Alice in Wonderland or Gulliver's Travels. This vision invites viewers to reflect on the scale of things. Reductions play with our perception of distance.

Graf is inspired by the phenomenon of spatial illusion born in the Baroque period. The Galeria Spada in Rome, for example, seems much longer than it is because of the decreasing size of its columns. Similarly, Graf's "Ticket Pagoda" appears larger than it actually is.

This experience of "transcendental" architecture refers to the monumental aspect of soccer stadiums. For Florian Graf, stadiums are the cathedrals of today. In these places, large communities experience almost sacred feelings of belonging, joy, passion and sublime. Thus, the "Ticket Pagoda", like the Tower of Babel, rises from the profane life on earth to heavenly heights. In this tense field between the profane and the sacred, Graf's miniaturization transforms the functional, somewhat modest architecture into something monumental. Graf's art also addresses the playful aspect of soccer, in which clear rules and spontaneous gestures come together. The different orientation that he has given to each of his containers and the play at night of the interior lights inside the sculptures induce a dynamic twist, that resembles both pop culture and ivory tower.

This work refers to yet another concept in art history: mimesis (anc. Greek : imitation). The imitation of existing forms is part of a long tradition that goes back to the Greek philosophers. The mimesis serves as a mediator between the general and the particular, between the universal and the specific. According to Aristotle, imitation is a pleasant experience, and contrasts with the sober perception of reality. And it is precisely this search for the pleasurable experience that the author of "Ticket Pagodas" addresses, referring to the "follies", those architectural sculptures that have adorned the parks around representative buildings since the 18th century. These "follies", in German "Verrücktheiten", inspire contemplation and encourage playfullness. Here in Lausanne, the work of Florian Graf gives a new dimension to the pitch of the Tuilière stadium and wishes the soccer club a playful ascent. 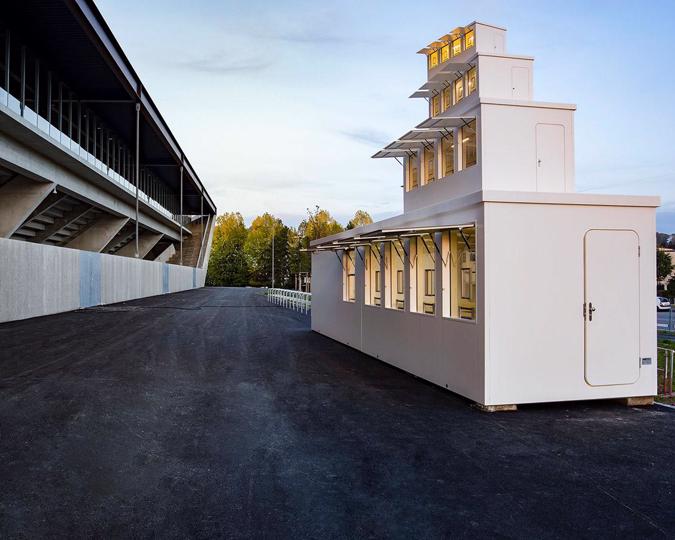